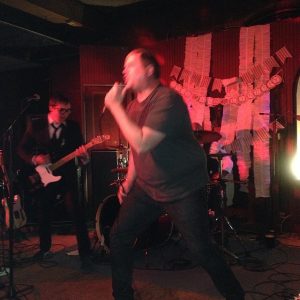 Dayton, Ohio’s Arms Race has been around since 2013, and are slowly in the midst of building a regional fanbase.  To date, they’ve played shows with Smug Brothers, The Story Changes, The Awful Nothings, Winter Makes Sailors (We Want Action label), City Mouse (It’s Alive Records), Ultrasphinx (ex-Party of Helicopters), and more.
They recorded their demo/EP, Brought A Hug To A Gunfight, last year with Hawthorne Heights guitarist Micah Carli at his Popside Studios in Troy, Ohio and have shared it via Soundcloud. They’re currently making plans for its physical release.

(Listen to the EP here: https://soundcloud.com/arms-race-dayton-ohio.)