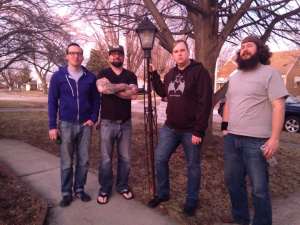 Dayton, Ohio post-hardcore quartet Arms Race, a band that features former members of In The Black Hearts Of Men and current members of The 1984 Draft, Kris N and Giant Defiant, have announced a pair of Ohio shows in support of their self-released debut EP, Brought A Hug To A Gunfight.
The EP was recorded by Micah Carli (The Raging Nathans, The 1984 Draft) at his Popside Recordings studio in Troy, Ohio. Additionally, Carli, formerly of Hawthorne Heights, adds guest guitar to the EP. Listen to it here:
https://soundcloud.com/arms-race-dayton-ohio
Although both dates are with Movehome (We Want Action), Bribing Senators and Daymare, the April 4 date includes performances by Red Hot Rebellion, The Loveless and Kill City.
See the flier below: 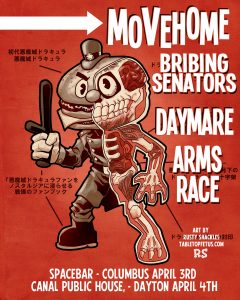