New York, NY – Coming from the east coast you’re bound to encounter something…different. There are sounds emanating from basement practice spaces, bedroom home studios, and sometimes from the most unlikely of places in Long Island, NY. For years L.I. has been the breeding ground for artists that have gone on to both worldwide and critical notoriety (John Coltrane, Public Enemy, De La Soul, Das Racist) so it’s no surprise the latest artist to begin capturing attention is the young musician TK The Architect. He recently released the album Blue Season, an organic album that pays as much homage to the live musician as it does to Hip Hop. We caught up with TK recently and talked music, culture and life.
Your album, Blue Season, it’s not your first album is it?
Actually no, I have a record before this called Life In Stereo that’s way more traditional hip-hop, and a couple of tapes before that.  They can be found here and here.
Cool. So you grew up in Long Island?
Proudly Long Island, born and raised.
You come from a multicultural background, how has that affected you and your musical development?
Definitely had an impact on me as a person more than it did musically.  I think it just taught me that there’s always more than one side to things, always more than what’s on the surface.  I’m half-Italian, but most people don’t see that when they look at me, so that’s not part of their initial idea of who I am.  It’s made me work to break those preconceived notions people have. it’s tough breaking that impression people have. It’s part of life though. I’ve come to embrace it, and make it a point of pride to prove them wrong. 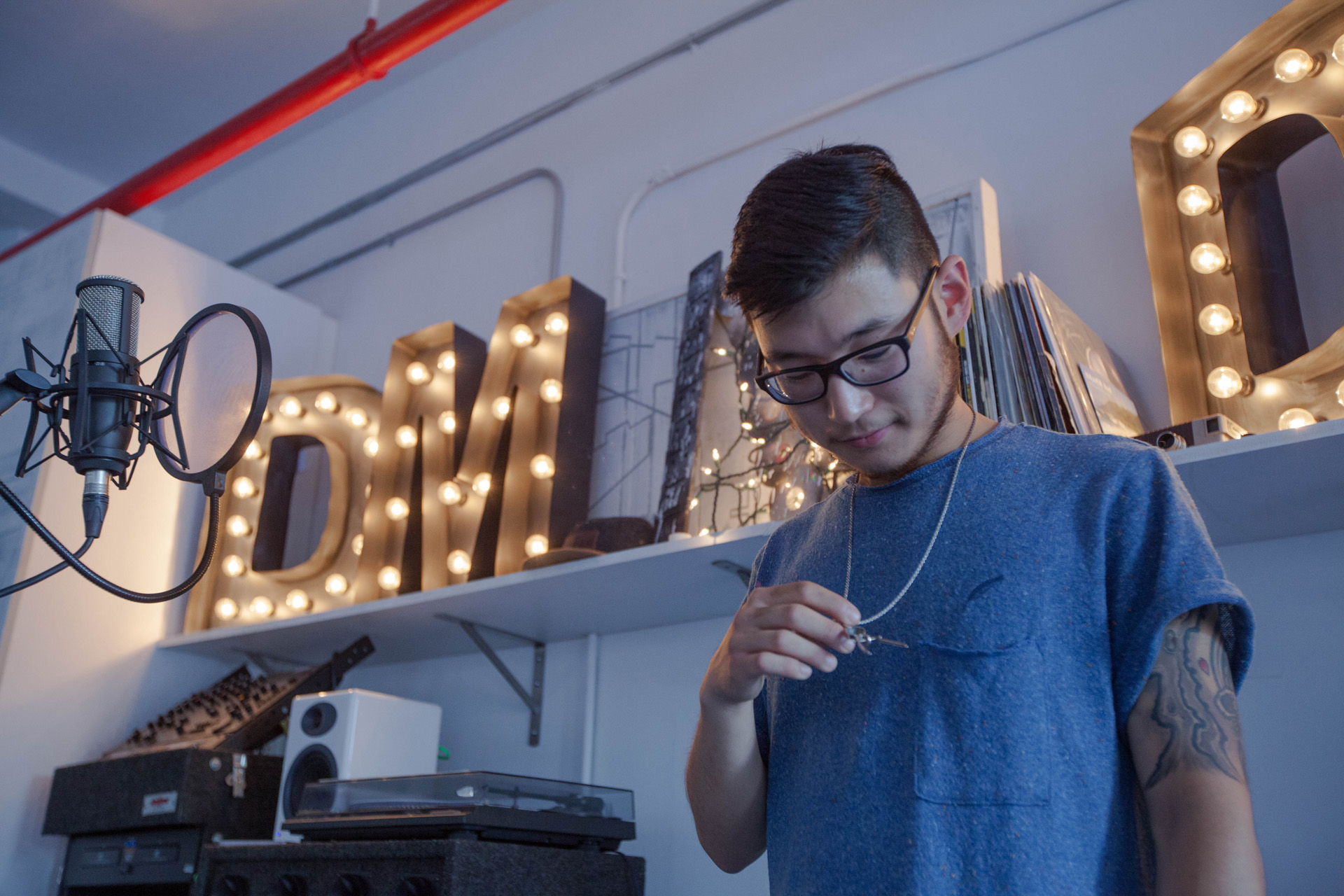 Ok cool. So Life In Stereo dropped in 2013. How did the change come about from working in a more traditional sense in the genre to working with a band?
For Life In Stereo I did it very old school, one producer (Kenny Truhn aka Snottaynose) and myself in the studio, late nights, writing rhymes over beats he made.  We chose a lot of the samples together, but he was definitely the main force behind the music for that record.  This time around (for Blue Season), I wrote everything myself.  My keyboard player, Joe Villafane, had a big hand in keeping the whole thing cohesive and maintaining the unique feel, helping with some melodies here and there.  We didn’t use samples on the record other than the times we sampled ourselves.  Once I’d write out the main ideas, my band would come in and either record what I wrote or embellish it with their flavor.

Are you going to record in the traditional sense again?
Most definitely open to the idea.  Already have some work that some friends and I have done where they did a majority of the producing and I just wrote rhymes to it.  That being said, even in that situation I’ve found ways to incorporate guitar into it.  I want to take that aspect of what I do with me everywhere moving forward.
I’ve met a few rappers that play instruments which is great that it can be incorporated that way. What about the band you’re working with, The Get Back Kids? Are you planning on doing more with them?
I am definitely planning on doing more with them.  They’re basically just my band; outside of the Get Back Kids they all have other things going on.  They play with me live pretty much every show.  As far as their involvement in the next record, we’ll see when we get there, but I see them having some part for sure.
Any plans on hitting the road for a tour?
Definitely trying to play outside of NY as soon as possible.
Let me backtrack a bit here. You’re a musician. Which came first, the guitar or the rapping?
The guitar, but I’ve been playing instruments way before that.  Clarinet was my first real instrument.  I wanted to be able to write entire songs, chords and all, so I started learning how to play guitar.  Rapping was something I used to do for fun, but I never thought anyone would take me seriously.  I wouldn’t be rapping if it weren’t for friends telling me that I should do it and not care what people think.
So I get from some of your influence you spit on record are Common, Lauryn Hill, Public Enemy, your father…what else, or who else, inspires you?
In general, I’m very much influenced by the people around me and what we’re going through.  My music has always been representative of that. Musically speaking, I’m inspired by different things constantly.  While I was making the record, I bumped a lot of Tribe Called Quest, The Roots, and Common.  Outside of hip-hop St. Vincent, Toro Y Moi and Hiatus Kaiyote were in steady rotation.

I just caught your “loop session” version of the lead track off your album. You can obviously do it on your own there. Was that the plan, to be able to take tracks on the road differently whether your alone or with the band?
Not really to be honest – I just made music as it came to me.  Once I got myself a loop pedal, I figured out ways to do the songs in that format so I could play shows by myself.  With this record, I really wanted to be able to play acoustic shows and other events a typical hip-hop artist can’t do.  That video is a result of the experimenting I did in order to do that.
So what’s the one thing you’d like for listeners to take away from watching you perform, listening to your music, et al?
With Blue Season, I wanted to portray that feeling of uncertainty that life deals you, and what comes of it.  I want people to walk away from my record feeling less alone in their handling of that.  In general though, I’m just a human being making music, and I’m eternally grateful that people lend me their ears and listen to the art I create.  I put my all into everything I do, and if people recognize that and appreciate it, nothing makes me happier.

(From Life In Stereo)

Tags: Featured, Get Back Kids, TK The Architect