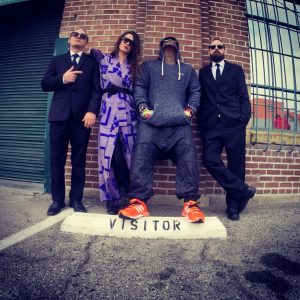 With a beat courtesy of production duo Kill the Computer and direction offered by Tim Guzman, the video finds the duo looking unusually fancy as they cruise along to the beat in a 1962 Ford Galaxie XL500. Midway through, the track suddenly transforms into the next song on the record, “Vision.” After Lucky spits his seemingly effortless West Coast flow, Lana gets a chance to show off her rhyming skills as Lucky bumps along to the psychedelic beat. “Keys” is just a taste of what’s to come from the Luck & Lana camp.
Head to iTunes, Bandcamp or Spotify to check out the album and watch the video below.