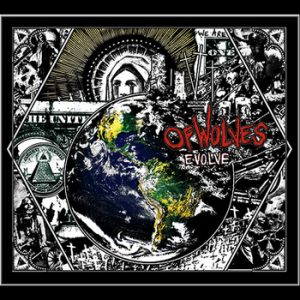 Have you begun playing these songs live and which songs have elicited the strongest reaction from your fans?
Yes, we play them all live, as well as many new ones and a rare cover once in awhile (we do ’em our way and are working on a cover album of some of our favorites down the road).  The fan favorite has always been very clearly “Red Skins/Buffalo Nickels” and even more so when I pull out the mandolin and blow everyone’s mind by playing a mandolin at a metal or punk show! Some love it, some hate it, but no one ever forgets it or us. The other fan favorite will be on the next album, a song called “Heart To Hand” and it has a reason or two for why everyone loves it live so much as well…but in order for people to know more they will have to come check us out live and let us know where they want to see us and help us to make it happen.  The world is a very small place now and we can all help each other more than most realize. We hope to meet and see many more new faces each year as time is flying by!
(Visit Of Wolves here: http://ofwolves.bandcamp.com and here: Reverbnation.com/ofwolves.)