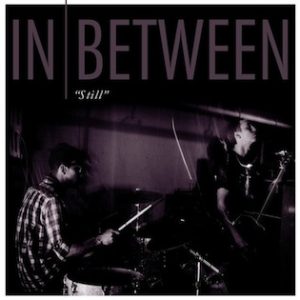 Baltimore rock five-piece In Between cite influences like Quicksand, Silent Majority, Avail and Lifetime, while melding post-punk, post-hardcore and pop-punk styles to create a complex sound that is uniquely their own.  Grinding riffs and emotionally charged vocals abound as In Between charge through five new songs on Still, pushing and exploring the boundaries of their music each step of the way.
Ghettoblaster recently caught up with In Between’s Mike French to discuss the Still EP, which will be available via No Sleep Records on July 9.  This is what he said about it…
When did you begin writing the material for your most recent EP?
We started writing Still around tour last summer. We were originally attempting a full length but we decided we needed to spend more time improving our song writing. Quality over quantity–no pressure.
What was the most difficult song to take from the initial writing stage through recording and mixing?  Why was it so troublesome?
At the risk of coping out, I’d say all of them equally for different reasons. I hope most musicians write to challenge themselves and their abilities, even if you’re just a dumb punk band like us.
Which of the songs on the record is most different from your original concept for the song?
Nothing huge, just a lot of little things. I’m sure we changed some tempos or chord choices. Maybe some fills or leads that didn’t fit.
Did you have any guest musicians play or sing on the record?
Yes! We had my close friend Scott Brown from the Columbus band Nemesis played trumpet on “I’ve Paid (Recognize).” He’s a Berklee Graduate so it wasn’t cool telling him that he could only play like two notes. We still have a few takes of insane jazz solos.
Who produced the record? What input did that person have that changed the face of the record?
Taylor Young from the bands Nails and Twitching Tongues recorded and produced Still. I know I had a very specific view of the recording process and he put us in our place quickly. He likes real sounding records so he pushed us to get our character out of the takes first and foremost. Recording with Taylor is an experience that can’t be put into words.
Is there an overarching concept behind your new album that ties the record together?
Not particularly. We just wanted to capture who we were and what we liked at the time of writing.
Have you begun playing these songs live and which songs have elicited the strongest reaction from your fans?
We have played three out of five songs live. I think most people who know us were surprised that we went from playing 50 second songs to four minute songs.
(“Second Person,” is streaming now at www.facebook.com/inbetweenmd.)

Tags: In Between, No Sleep Records