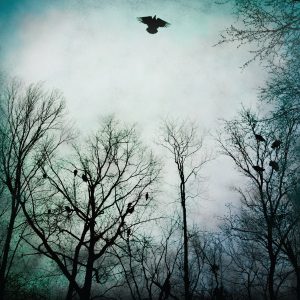 Be Given To The Soil

In an era of the immediate and temporary, Over The Ocean craft a timeless sound, sonically immersing the listener into a landscape of seeming sonic dysfunction held together by a heart-piercing rhythm section.  Previously only available on gatefold double vinyl, the band revisited a digital for their new album, Be Given to the Soil (http://spartanrecords.bandcamp.com/album/be-given-to-the-soil), in late April. Engineered, produced and mixed by Jeremy S.H. Griffith (Underoath, Gasoline Heart) at Singing Serpent Studios in New York, NY, Be Given to the Soil, is the follow up to the band’s 2011 full-length Paper House.
Thematically and musically, Be Given to the Soil picks up where Paper House left off. The arrangements are darker, heavier and increasingly more sparse at points, all the while delivering the same level of lyrical complexity that adoring fans loved on their debut. Sonically, their painstakingly crafted follow-up sounds like a living, breathing testament to their growth and maturation as a band. Fans of Mogwai, Explosions In The Sky, Sigur Ros, Wovenhand, The Appleseed Cast, and mewithoutYou will immediately be drawn to the band’s sound.
Ghettoblaster recently chatted with OTO singer/guitarist Jesse Hill about the album and this is what he said about it…

When did you begin writing the material for your most recent album?
We spent quite a while sort of trying to figure out what exactly we wanted to do as a follow up to Paper House, and I don’t think we really figured it out until the fall of 2011.  Once we knew what we wanted to do, all the songs came together in about three months.
What was the most difficult song to take from the initial writing stage through recording and mixing?  Why was it so troublesome?
Several of these songs were fairly difficult for us, but one that stands out is “Kiss the Ground.”  We worked on that song forever.  It’s a hard song for us because it’s so minimalistic, and we kept overplaying it and making it sound sludgy.  Once we had the arrangement, it was still a challenge to play in the studio, because we relied on visual cues to write it.  We wound up having to record vocals live with the rest of the instruments to get the timing right and then we redid the vocals later.  I wasn’t with Jeremy when he mixed the song, but it’s a pretty dense mix.  I’m sure it was a little grating to have to go through for hours on end.
Which of the songs on the record is most different from your original concept for the song?
“Ecology” is pretty different.  I had recorded a little demo of it at home with a really strange acoustic guitar part.  If I remember correctly, the idea was to have this weird sparse guitar part and then record someone running and a heavy breathing sound of some sort to mix with the vocals.  Jeremy took my stupid little guitar part and built it into a really beautiful piano piece.  I sang live while Jeremy played piano so we could see when we were changing chords and whatnot.  The finished song is so simple and beautiful; I’m really glad we didn’t go with my original idea.
Did you have any guest musicians play or sing on the record?
Other than Jeremy singing background parts and playing a few parts, no.
Who produced the record?  What input did that person have that changed the face of the record?
Jeremy S. H. Griffith produced the record.  He had a huge impact on the final product for sure.  Probably most important, he really got what we wanted to do with the album.  It’s a weird alienating record, which is what we wanted.  When we talked to Jeremy about what we wanted to do, he was totally into it, and helped us refine the idea into what it is now.  He even drove down to Virginia one weekend for preproduction.  Basically we played through the record live a bunch of times, and he told us what was working and what wasn’t.  That was a big deal, because when we actually got to New York to record, each of us knew exactly what we were doing.
Aside from getting the album, Jeremy is a hugely talented guy.  He knows exactly how to coax good performances out of people, which is great for people like me who find the whole studio recording process a little intimidating.  He also knows how to move musicians past stupid little band squabbles.  On top of all that, he has a great ear and he’s really ridiculously good at every instrument.
Is there an overarching concept behind your new album that ties the record together?
Definitely.  Although I’m always more interested in what people think the concept and meaning might be than I am in explaining it myself.  The record is about the difficulty of trying to understand anything important during my brief, inconsequential life.
Have you begun playing these songs live and which songs have elicited the strongest reaction from your fans?
I don’t think we have played all of the songs live yet, but of the ones we have played, “God In My Own Image” and “In This Darkness” always seem to get a big reaction live.

Tags: Over The Ocean