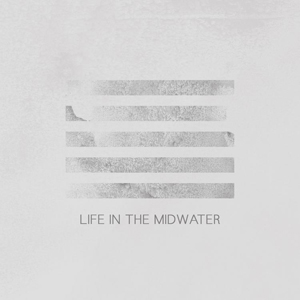 Life In The Midwater

Aisha Burns, whose contributions as the violinist and occasional vocalist for the Austin band Balmorhea belie a nuanced songwriting prowess, and a dynamic and powerful voice that is just, absolutely gripping and compelling will release her will release her debut LP September 17 via Western Vinyl. Years of “secret singing” occurred before she began recording Life In The Midwater and hers is a voice that should not, under any circumstances, be kept a secret.
Her debut full-length’s  title references a deep, dark layer of the ocean that flows far below the surface, just above what we call the deep sea. The reference is an incredible match to the murky depths Burns traverses in the subject matter of her work here; she plunges into the tough stuff with bravery, but skillfully; nimbly, respectfully.
Ghettoblaster recently caught up with Burns to discuss the record.  This is what she said about it.

When did you begin writing the material for your most recent album?
A couple of those songs are a bit old, maybe written sometime in late 2010, early 2011?  I wasn’t thinking of releasing a record then, it was more of an experiment.  Up until then, I’d spent all my time accompanying other people’s songs.  I just wanted to see if I could do it.   Everything was written gradually, with no expectation, really.  It wasn’t until around the summer of 2012, that I decided to gather up the songs I’d written, hammer out the rest and make a record.
What was the most difficult song to take from the initial writing stage through recording and mixing?  Why was it so troublesome?
“Destroyer,” definitely.  Writing the song itself wasn’t difficult, but trying to mix the thing was so tricky.  There are just so many things going on.  The guitar part is pretty jangley which was initially hard to EQ, and there are layers and layers of strings and vocals.  It was difficult to decide where things should sit in the mix, since there were several elements in the song that we thought were interesting and worth highlighting.  I think I initially wanted all the parts of the song, even the little things, that I loved to be showcased–which is sort of impossible.   And at some point I realized that it sounded great, we’d done our best, and it was time to let the song speak for itself.  I feel like we made eight different mixes before we landed on the right one.
Which of the songs on the record is most different from your original concept for the song?
I think “sold” surprised me the most.  It was this little quiet sheepish song, with only guitar and voice. But then adding the string arrangement and having them so prominent in the mix really gave it this feeling of grandness that I never really saw coming.
Did you have any guest musicians play or sing on the record?
A couple of the Balmorhea guys make appearances. Travis Chapman plays upright or electric bass on every track.  Kendall Clark made some electronic tones at one spot in “Discerpo”.  And then my old friend and amazing songwriter Alex Dupree, wrote a beautiful guitar part in “Mine to Bear.”  He leads a band called Idyl, who I also play with.
Who produced the record?  What input did that person have that changed the face of the record?
I didn’t really have a producer.  Michael Landon who engineered the record had some cool production ideas on “Destroyer” and “Requiem”.  I’m not really sure how to separate what we did.  It was always just him and I in a room.  I’d tell him what feel I wanted, how I wanted the vocals to feel, rough thoughts about where the strings should sit, etc and he’d make it happen and then we’d go from there.
Is there an overarching concept behind your new album that ties the record together?
Everything is so autobiographical, and written in response to pretty specific incidences or feelings. But overall, I’d say the record is about loss–romantic, spiritual, and familial loss–and learning how in the world to get on with things after that.
Have you begun playing these songs live and which songs have elicited the strongest reaction from your fans?
I’ve been playing these songs at shows for a good while now.  It’s hard to tell!  Maybe “Destroyer.”  People seem to hang on to that one.
(Hear “Shelly” and “Destroyer” here: http://www.npr.org/2013/07/22/204485758/next-aisha-burns.)