MC Aesop Rock has announced a US tour in support of his new album, The Impossible Kid, dropping April 29 on Rhymesayers Entertainment. The trek takes the indie-rap mainstay across the country on an extensive headlining tour with Rob Sonic and DJ Zone, supported by friend Homeboy Sandman (whose new album is due out May 6 on Stones Throw), whom Aesop collaborated with last year on the free self-titled release, LICE. The announcement arrives in conjunction with the third episode in Aesop’s ongoing weekly video series on Funny Or Die, which depicts the rapper deep in the Oregon woods in an ongoing therapy session with a cartoon bear, talking through the inspirations and impetus for the new album. The MC also just dropped a new freestyle over Pusha T’s “Untouchable” beat yesterday via Pigeons and Planes.

The Impossible Kid marks Aesop’s first solo venture in four years, during which he has maintained an impressive creative streak via collaborative albums with Kimya Dawson (The Uncluded’s Hokey Frightin 2013), Rob Sonic (Hail Mary Mallon’s Bestiary in 2014), and with Homeboy Sandman (LICE’sself-titled EP in 2015). On the new album Aesop continues to find ways to improve on the skills that have made him one of the figureheads of indie hip-hop, including a newfound willingness to go deep on his personal history while also indulging in moments of levity, as he taps into the funny side of his persona that he previously suppressed. All in all it makes for a landmark album in a catalog already deep with unparalleled excellence. Watch the video for the album single “Rings.” 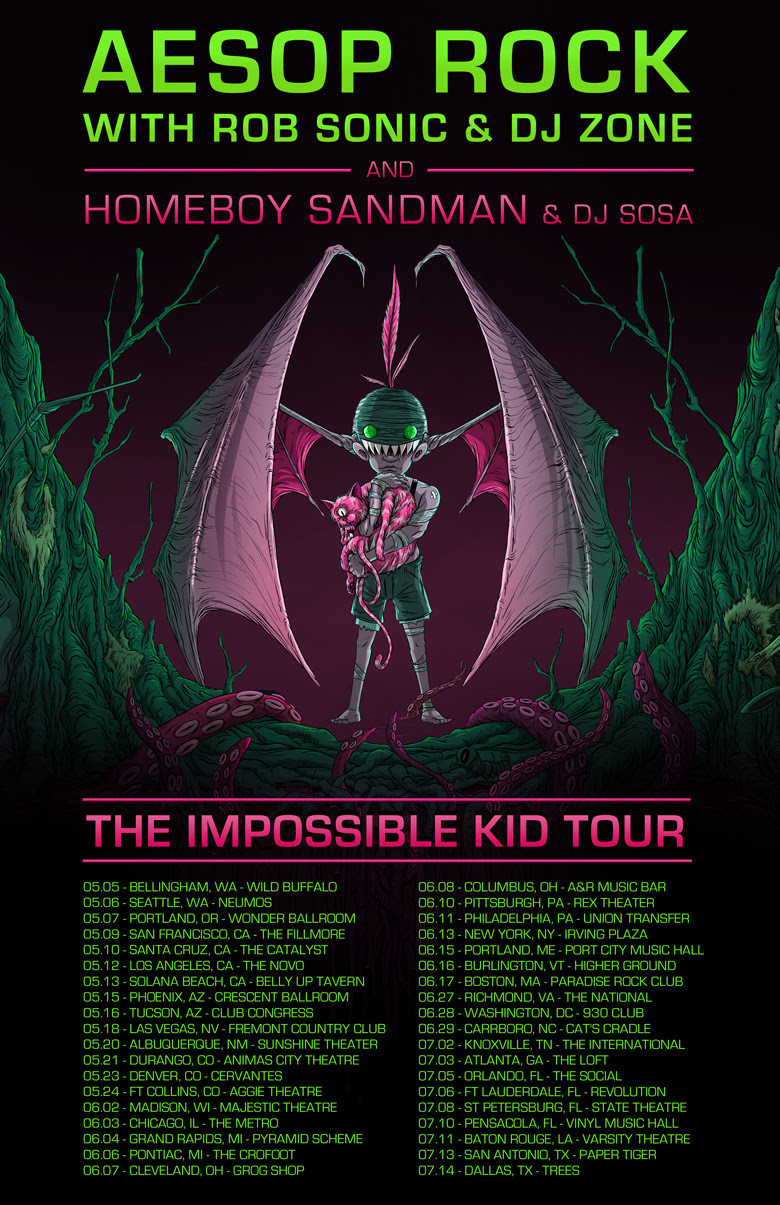