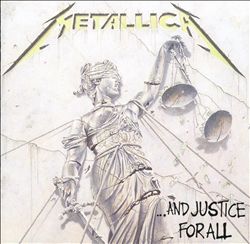 …And Justice For All

Tags: I Surrender Records, Metallica, This Is Hell