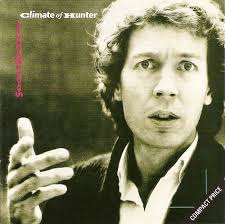 It was brought home to singer Phillip Intilé just how much of a mark Mode Moderne is leaving on its fans when a girl in Serbia sent him a photo of her new tattoo, which was a quote from the lyrics of the Vancouver band’s song “Real Goths”.
Mode Moderne has been inspiring such acts of devotion since it put out its debut LP, Ghosts Emerging, in 2009. That was followed by the group’s first release for Light Organ Records, the ‘Real Goths / Undiscovered Country’ single, in 2011, and the seven song mini-album Strange Bruises last year, earning praise from the likes of Pitchfork and NME.
Since then the band consisting of Phillip Intilé, Clint Lofkrantz, Sean Gilhooly, and Rebecca Gray have worked hard building their following with tours in the eastern US, UK & Europe.  The post-punk revivalists from Vancouver are set to release Occult Delight via Light Organ Records on January 21.
Ghettoblaster recently caught up with Intilé to discuss a particular record that inspires his devotion.  This is what he said about Scott Walker’s Climate of Hunter.
What is your favorite album?
Ah the eternally impossible question! A record I always come back to is Scott Walker’s Climate of Hunter. It just has THAT power over me, THE power, it dials my spirit in, I get very reflective. It’s inspiring. It’s not a POP album at all, it’s not frivolous, that’s not to diminish the power of POP, I love it, but Climate of Hunter has something special to it, that deep spirit circuit.
What is your favorite song on the album?
The entire A side, I will listen to the A side three to five times in a row, I just can’t flip the record! But If pressed I’d say the essential tracks are “Dealer” and “Track 3”.
What is it about the songs that resonate with you?
They have no peers, lyrically, with any other song, on any other record, ever. The narrative is disjointed but it makes absolute sense, pure poetry. I’d compare it to Burroughs or some of JG Ballards work, the Atrocity Exhibition. Strong imagery of a naked ape, questing and lusting, mapping constellations, secret defeats, it’s desolate, but not sorrowful at all, it’s proudly isolationist. I love it! It’s very empowering!
Have you ever covered a song from the album?
No, but I want to rip off that bass tone, if that’s even possible, I need that bass tone on a MODE record.
Have you ever given a copy of this record to anyone?  What were the circumstances?
I haven’t, I can’t, it’s a very private listening experience… and yet all of a sudden I’ve given it to all of your readers… Listen AFTER DARK kids… “this is how you disappear out between midnight”.
(More information on Mode Moderne at http://www.crash-avenue.com/current-roster-2/mode-moderne/ and http://lightorganrecords.com/artists/mode-moderne/
WATCH/SHARE: “She, Untamed” via Impose or Youtube
LISTEN/STREAM: “She, Untamed” via SoundCloud)