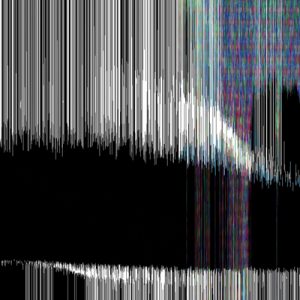 THE FLAMING LIPS
…AND HEADY FWENDS
On one level, a rock band with it’s own definitive sound doing a record of seemingly randomized “peanut butter in my chocolate” collaborations indicates a band thematically exhausted with itself. Are the Flaming Lips now a branded catch phrase that means multilayered, reverbed oddities? Conceptually, it works best when there is at least a genealogical rationale, like the Bon Iver track “Ashes in the Air,” a gorgeous climb of lilting overlay and feedback depth charges that hang in a gorgeously huge shimmer. Similarly, the Edward Sharpe track, “Helping the Retarded To Know God,” marries the Suspiria soundtrack to the structure of a choir in a blur-drenched cult mantra, teetering between melody and madness as it beautifully unspools. But it also surprises when the connections aren’t as musically apparent, especially in the drowning fever dream of Erykah Badu’s Roberta Flack cover, “The First Time Ever I Saw Your Face.” Like any unconfined brainstorm, there will be missteps and a lapsed inner editor. The abrasive KE$HA track, “2012” is just a Sleigh Bells song littered with a few nods to lower common pop denominators; it’s a lashing, aural landfill. Nor does turning Jim James into a clanking garage pile up, do either dyad any favors, but something so willfully out of pocket deserves to get graded on a curve. Though technically the 14th studio album, this feel more like a Warhol-ian experiment in reproducing themselves as a disconnected set of reference sounds, where asylum childhood surreality meets their own fuzzy seal of dissonance. Sure, this doesn’t hang as a whole, but as taken a handful of tangents, there’s both much to love and much to recognize as the essence of pop experimentalist veterans still kicking three decades on. (Warner Brothers) by Terry Sawyer