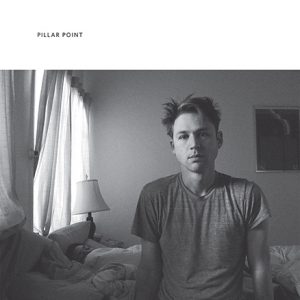 It shouldn’t come as a surprise if something about Pillar Point’s nine-song self-titled album sounds familiar. Despite being the band’s debut, the moody, melancholy electronica is the work of Scott Reitherman, who until now has been primarily known for his involvement with indie-pop outfit Throw Me the Statue. And while Reitherman’s new project shows off a never-before-seen gloom, his knack for writing tracks that crystalize emotion and work their way into a listener’s guts isn’t at all obscured.
Ghettoblaster recently caught up with Reitherrman to discuss the record, which hits listeners ears on February 25 via Polyvinyl Records.  This is what he said about it.
When did you begin writing the material for your most recent album?
Some of it as early as three years ago.  The record got written in a couple of different stages, and much of the material came out of the past year.
What was the most difficult song to take from the initial writing stage through recording and mixing?  Why was it so troublesome?
“Strangers in Paradise” went through a number of transformations and was the last song to reach full completion.  It was the farthest outside my normal mode because of what the vocal delivery required.  I tried out a lot of different melodies, and many of them felt uncomfortable to me in that they felt like something another artist would do.  But once I could settle into a vocal that felt like me the rest of it made sense, and adding in the vocoders and such helped it stay strange enough to fit with the instrumental.  Lyrically I think it acts as a thematic centerpiece to the record, and in the end I think the weird sonic terrain that we finally landed in with that tune makes me the happiest to listen back to and might foreshadow the kind of thing I’ll try to write next.
Which of the songs on the record is most different from your original concept for the song?
That might be “Diamond Mine.”  That song began with the intro hook and verse, and over a period of probably three years accumulated the other sections.  When Charlie Smith (producer) and I figured out how to replace our existing/boring chorus with what’s there now the tune gained it’s true identity and then it was just a matter of making the different various parts fit together.  But I like the Frankenstein nature of how it turned out.
Did you have any guest musicians play or sing on the record?
Yeah definitely.  Charlie Smith and I have been musical collaborators for years now, and he produced the album and played a bunch of keyboards.  We also got some friends to play drums on the record, with James McAlister (Sufjan Stevens) contributing the bulk of the performances, and we also got drums from Tyler Swan (Truckasauras).  We worked with other friends on the record, but we started with a big pile of songs and by the end of the record those are the guys that played on the tunes that made the final tracklist.
What input did Smith have that changed the face of the record?
Two years ago he came down and stayed at my house in Half Moon Bay, California, and we worked on the initial songs together, adding keyboards and fine-tuning arrangements.  From there on out I would check in with him as I finished writing sections of the record and we worked closely on the tunes until they were done.  He is a great sounding board for letting me know what idea needs to go back in the hopper, or which ones are just outright not compelling.  So yea, and we did a bunch of sessions for vocals and overdubs at his studio in Seattle — Studio Nels.  Charlie’s partner in crime there at Studio Nels is Robb Davidson, and he ended up mixing the record with us at Avast (Seattle).
Is there an overarching concept behind your new album that ties the record together?
To some degree I think all of us currently deal with alienation and separation due to lives experienced and displayed online, and when you go through a breakup or family troubles like I did over the past couple years it forces you to really try and figure out how to move forward and not live in digital hiding.  I tried to unite that experience with the catharsis of dance music, and try to find a way to burn off my hard outer shell through repetition and kinetic energy.  So I hope that when people hear the record they hear both that struggle that comes from a very personal place and also a message of redemption.
Have you begun playing these songs live and which songs have elicited the strongest reaction from your fans?
Yeah we have, but we’re only three shows in right now.  Seems like people are engaging with the set throughout thus far, but it’s still pretty early on to know which ones are consistent favorites.  As long as both the audience and the band our buzzing and sweating by the end then I think we did our job.
(Visit Reitherman and Pillar Point here: http://pillarpointmusic.com/.)