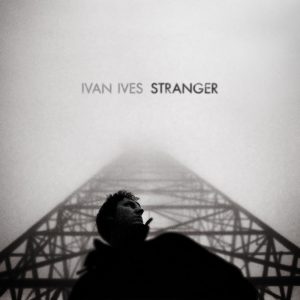 Russian born, LA bred MC Ivan Ives will be releasing his much anticipated new album Stranger on September 24 (pre-order here). Stranger features production from RJD2 and Aaron Marsh (Copeland) as well as guest appearances from Blueprint, Roots affiliate Greg Porn, Aaron Livingston and more. Stranger is the follow up to 2010’s First of the Month album, and embodies a much darker and cinematic feel.
Ivan Ives originally stepped into the hip hop world in 2007, manifesting a name for himself with his clever aggressive wordplay and innovative musicality. Rolling Stone named him among the next 40 artists to watch; SPIN called him one of 8 top unsigned artists; and XXL said “don’t let his indie rocker persona fool you – this guy can spit.” He’s worked with the likes of Cappadonna (Wu-Tang), Tre Hardson (Pharcyde), Percee P & Oh No (Stones Throw), The Cool Kids, Black Milk, O.C. (DITC), Vast Aire (Def Jux), Ceschi (Fake Four Inc), and many more.
Ivan Ives recently released a video for the first single off the new album titled “8MM” (produced by RJD2). The video (below) was directed by Ivan himself and the track features his most convincing flows to date.
Ghettoblaster caught up with Ives to discuss the record and this is what he told us…
When did you begin writing the material for your most recent album?
I’ve been working on this album for a couple of years now. I wrote a number of other songs in the same period, but I threw them out because I didn’t think they were good enough for Stranger.

What was the most difficult song to take from the initial writing stage through recording and mixing?  Why was it so troublesome?
I wouldn’t say it was “troublesome,” but I felt the pressure writing and recording the “8MM” jam because I’ve always been a big fan of RJD2 and I wanted to make sure the track was tight and had a strong concept. I wrote the song as four chapters where I broke up Love, Time, Fate, and Work into separate verses. Since it’s about lost memories cataloged on 8mm film, I made sure to round out the vision by giving the video an 8mm look. But instead of spending money and time on film and processing, I just shot it on my iPhone. I was stoked when RJ told me he was happy with how it turned out.
Which of the songs on the record is most different from your original concept for the song?
“All The Love.” It’s the only track on the album that is a revisit to an older song of mine. I’ve always felt it needed to get out there more, and so Aaron Marsh reworked the track and we got some great vocals from this singer Rudy Love Jr. for the hook. I think fans of mine that know the song in question will get a real kick out of hearing this new one.
Who produced the record?  What input did that person have that changed the face of the record?
I have tracks produced by the guy who did Iconoclast, but also Aaron Marsh (who I’m in the group The Lulls In Traffic with – thelulls.net) and RJD2 to name a few. The cool thing to me is that even though some of the songs sound different sonically, the energy behind them is consistent throughout.
Did you have any guest musicians play or sing on the record?
This album definitely has a lot of collaborators. Aside from the various producers, I’ve got guest singers like Aaron Livingston and Aaron Marsh, guest rappers like Blueprint and Greg Porn (who I became a fan of after hearing his work on a few Roots records – especially Undun), and lots of string players throughout to make your night real introspective.
Is there an overarching concept behind your new album that ties the record together?

Yes. Having grown up in a big city, I’ve always felt a disconnect from most people. There’s something about the idea of interacting with others – looking them in the eyes, but having no clue who they are (and vice versa), that intrigues me. I also think it’s interesting that when someone hears a song of mine; they figure they know who I am – when really a song is just a moment in time that happened to be recorded. So whether it be in regular life or my life as a recording artist, I’ve always felt like a Stranger.
Have you begun playing these songs live and which songs have elicited the strongest reaction from your fans?
I’ve been pretty secretive about my new album in general. The only song I’ve released or played live so far is 8mm. I plan on slowly introducing other songs into my set closer to the album release date.
(Ivan has just announced a live performance at Da Bar in Newport Beach / Fashion Island on Saturday, August 10.  Check out the video for “8MM” here:
)