Some may know recognize the pragmatic rapper Cookbook from his stint with L.A. Symphony alongside members   Sareem Poems, UNO Mas, Flynn Adam, Joey the Jerk, Gr. JsnBeits, bTwice and most notably, Pigeon John.  Here Cookbook taps into the psyche of Evidence (Dilated Peoples) to produce A Whole New Cook E.P. The seven track EP is the latest installment in the series from Cookbook which features a different producer for each project. 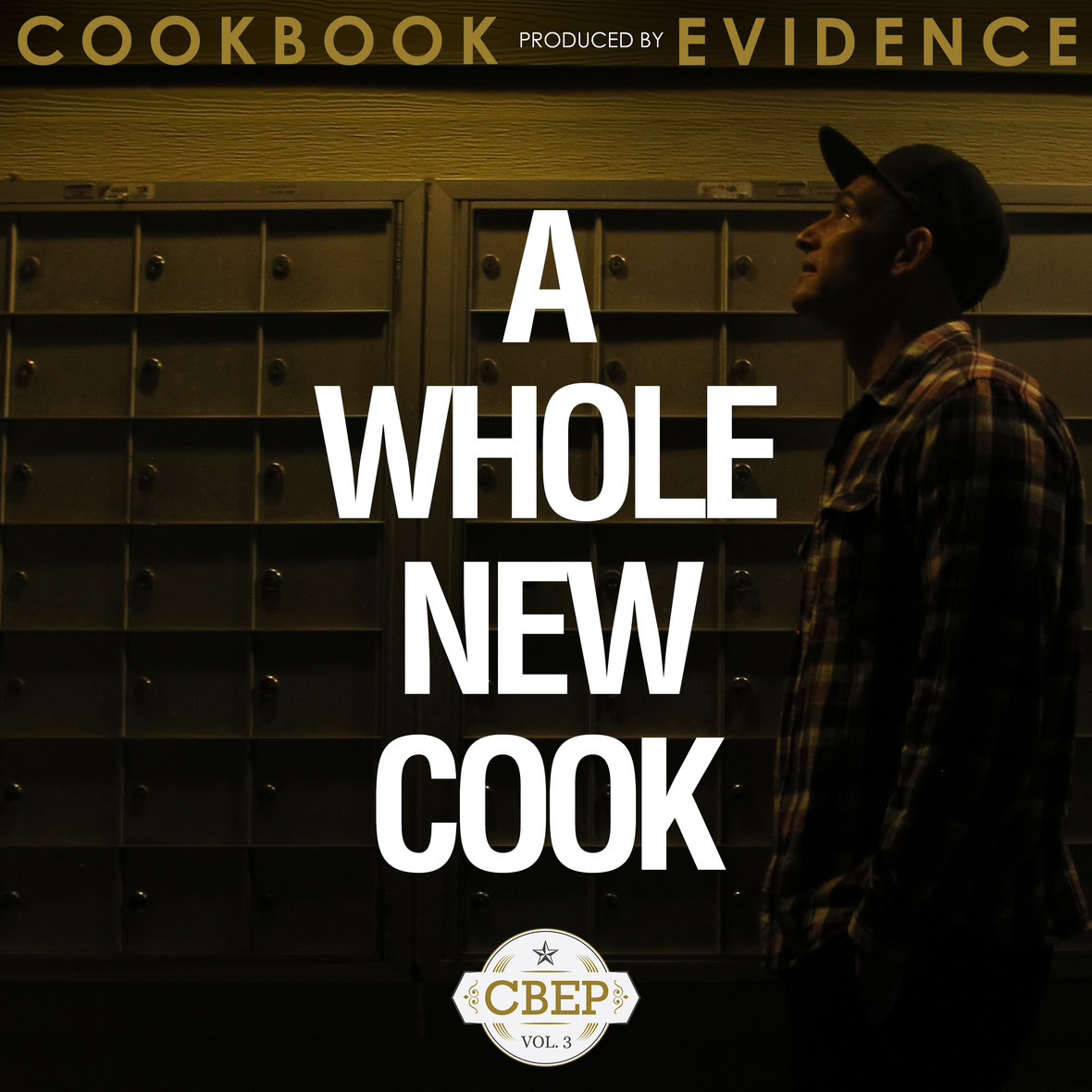