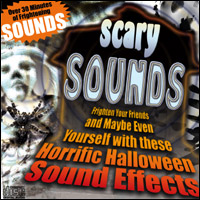 In a world where experimental electronic music exponentially splinters into a multitude of rogue genres that slowly shuffle the globe from demilitarized dance floors to sleeper cell bedroom studios and back, a team of disparate scientists tracks this solanum-like pandemic while desperately trying to interpret cryptic field recordings of Samhain’s past, not one day at a time, but from Amen to Zombie…
ZOMBIE
So right out of the gate this one is a 30 minute mix.  Which to me says “Get ready for the journey.”  An easy way to spilt up these audio compact discs, as they are often called, is dividing them into two camps.  Camp one isolates each individual sound, plays them out in order, and then invites you to record Witch’s Laughter and Thunder and Rain together to synthesize your own continuous spooky mix.  Camp two does that for you and tries to make it interesting.  One is like a break record, the other like a mixed disc.