Aespo Rock shares new video for “Rings” and announces new album The Impossible Kid on Rhymesayers April 29, 2016. While it’s been four years since his last solo album, Aesop hasn’t slowed down. He released collaborative album with Kimya Dawson, The Uncluded’s Hokey Frightin in 2013),), with Rob Sonic (Hail Mary Mallon’s Bestiary in 2014), and with Homeboy Sandman (LICE’s self-titled EP in 2015). All this as well as crafting beats & working with Nike for their skateboarding video series as well as production film soundtracks.
Going back to his roots has proven useful in processing everything that’s happened in his life over the past couple decades, and maybe to figure out the person he’s become: The Impossible Kid, a person who’s spent his life doing things that seemed unthinkable before he just went and did them, blazing a visionary trail all his own. Two decades in, he’s still out there pushing it forward. 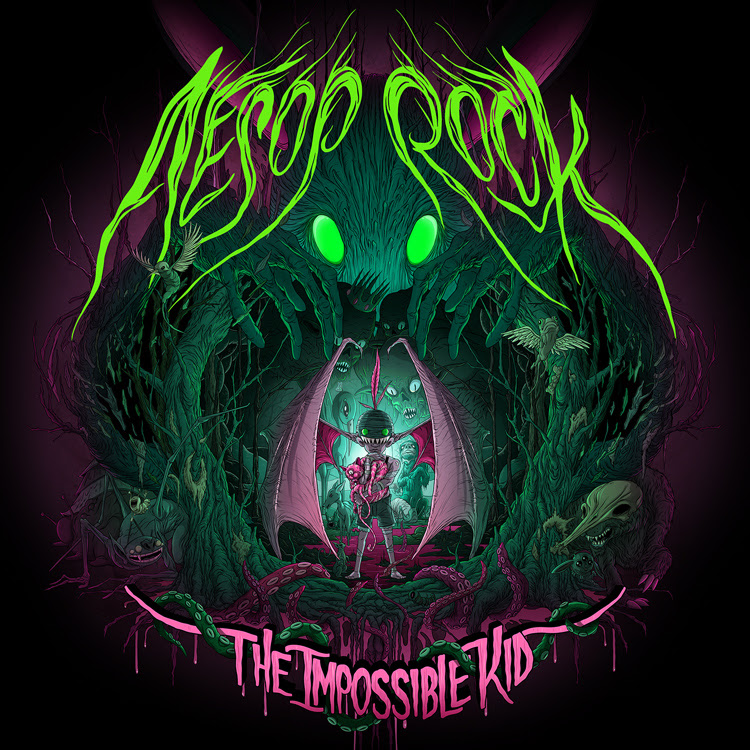