By now most have heard the band Oxbow, who will undoubtedly reach legendary status at some point, will be releasing their new album Thin Black Duke May 5, 2017 on Hydra Head Records. This is the band’s first release in 10 years.
Over the 30 years of Oxbow’s operations, no one has come comfortably close to classifying the bay area group. This could arguably be the result of Oxbow’s ongoing evolution, but accurately describing any particular phase of the group’s seven-album career is no easier than describing the broader metamorphic arc of their creative path, modifiers like “noise,” “avant garde,” and “experimental” frequently get tossed about, but even honing in on a noun any more specific than “rock” becomes problematic. Sure, the band employs the standard rock choices of instrumentation and displays the requisite evolutionary tie to the blues, but such vague designations mean little. So it’s tempting to attach the only-slightly-more-specific handle of “punk” to Oxbow, if one’s view of punk is narrowly focused on the kind of free-jazz inflected antagonism later-era Black Flag inflicted on the nascent American hardcore scene. But punk’s primitivism is completely at odds with Oxbow’s highly disciplined approach. This is especially true with their seventh album Thin Black Duke, where Oxbow’s elusive brand of harmonic unrest has absorbed the ornate and ostentatious palate of baroque pop into their sound, pushing their polarized dynamics into a scope that spans between sublime and completely unnerving. This is new musical territory for all parties involved.
From the sound of the promo, seems like the band has matured and we’ll all be the better for it. 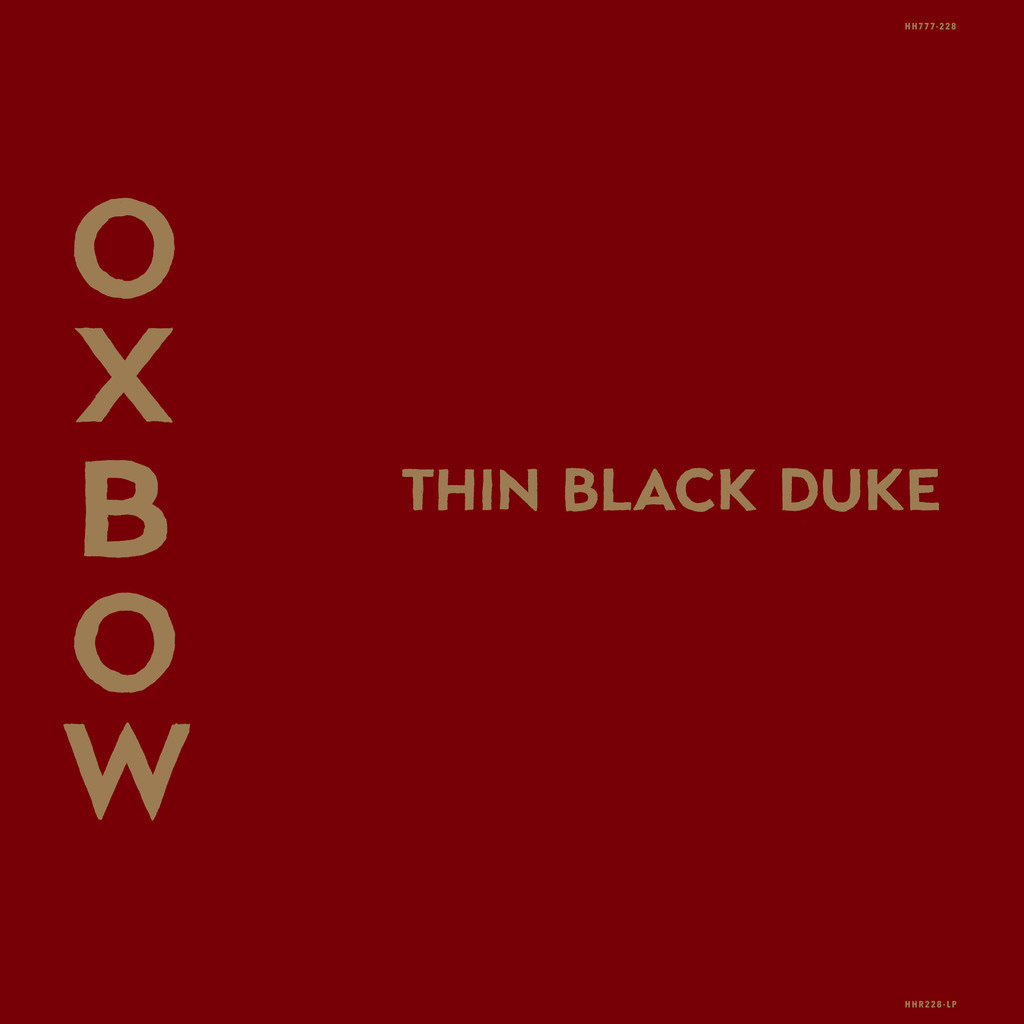