In preparation for this review, I felt the need to view the source material: Rick and Morty Season 2 – “Total Rickall.” Having not watched much Adult Swim since my teen years I was happy to find it much more funny than I remembered most of the shows being. Basically, the jist is that crazy alien parasites have come into the Rick and Morty home disguised as family and friends. Using powerful memory implantation, they are able to convince the family that they’ve always been around. The wacky parasite characters are mildly amusing. There’s the pork-adorned Japanese military noble, Hamurai; the anthropomorphic pencil man, Pencilvester; and the magical lamb with a rainbow unicorn horn, Tinkles. Need I go on? For the Rick and Morty gang, the only way to tell if these silly characters (and each other) are real-life friends or if they’re parasites is to shoot them. Are you seeing the dilemma here? If they’re parasites, they’ll die, but if they really are family, well, they’ll die. And that’s what Total Rickall card game is all about.

There are two variants included in the box. “Standard Mode” is fully cooperative. “Real” and Parasite” identity cards are randomly laid face down on the table, to be kept secret from players. Character cards are then placed on top of the identity cards. These are characters from the episode—there’s Hamurai, Pencilvester, Tinkles, and all the other zany characters. Character cards each have one of three different color backgrounds. Every round, players play action cards that correspond with one of the three colors (or are wild). Actions only work on characters of the matching color. Action cards might allow you to look at a character’s identity or mix up the identity cards underneath the characters. Players use deduction and memory to determine whether a character is real or a parasite. And of course, they can just start shooting, too—if they have an action card that allows them to do so, that is.

“Advanced Mode” switches things up a bit and makes the game semi-cooperative, adding secret roles into the mix. In this variant, each player randomly draws a character and an identity card and becomes part of the story. They will either be a parasite or real, which adds a bluffing element that definitely enhances the game. Does the person sitting next to you really want to help you take out the parasites, or are they full of shit? 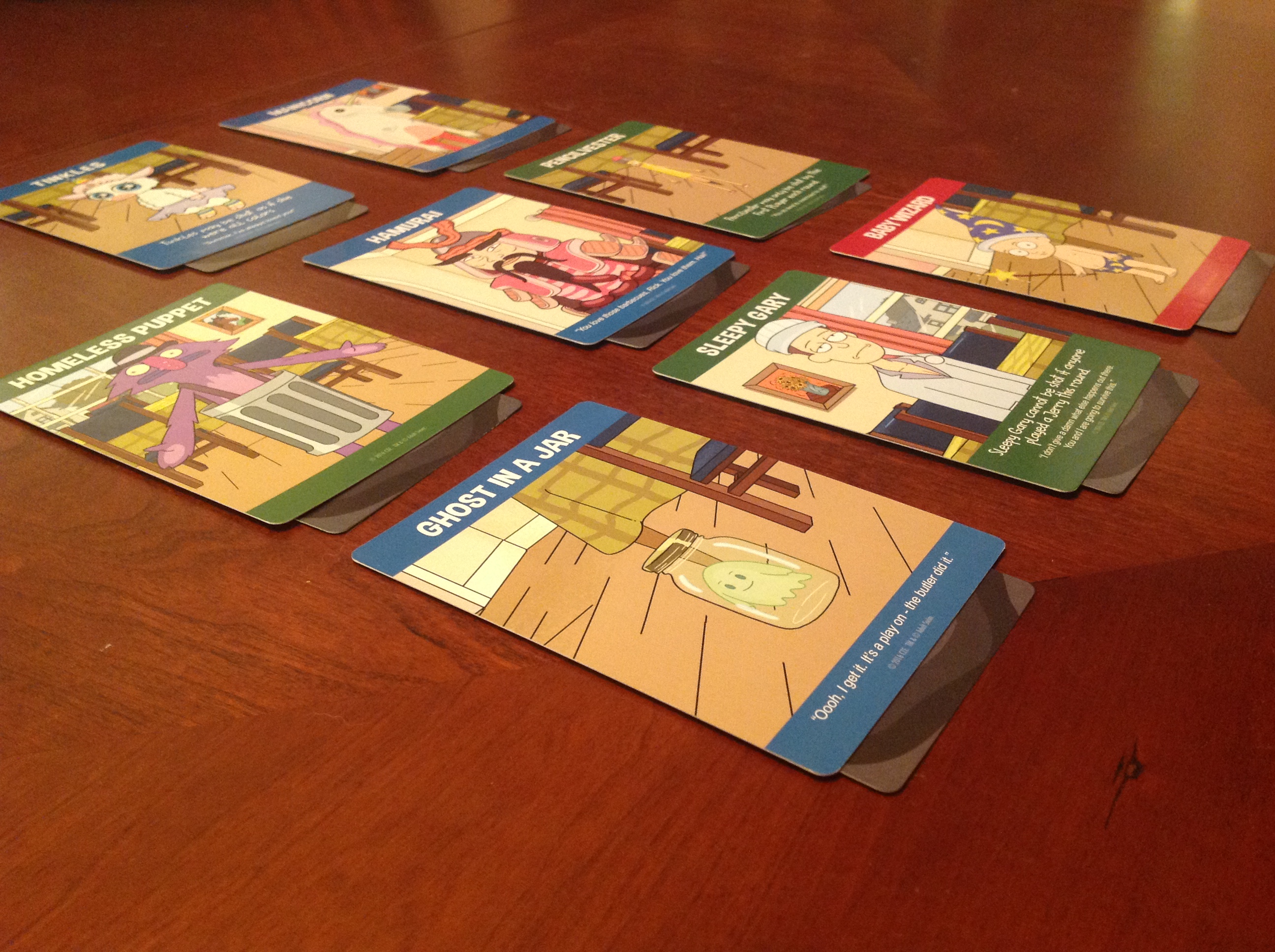 Ultimately, I found myself pleasantly surprised with Rick and Morty both as a game and as a show. While Total Rickall is far from essential to anyone’s collection, save for the late-night bong-on-the-table Adult Swim diehards, this simple card game makes for an amusing and fun little hidden-role filler while you’re waiting for the rest of your group to show up. (Cryptozoic Entertainment) by Josher Lumpkin