One of the biggest gripes hobby board gamers have about games like Monopoly is the so-called “roll and move” mechanic. I roll a die or two and move that number of spaces. Around and around the board we go in perpetuity, leaving the length of each movement entirely up to chance.
The games I’ve listed here are some of the best scenario-based board games. Rather than rolling-and-moving, players work to complete some objective, which will differ from game to game. While this is not, by any mean, an all-inclusive list, the games here will give you somewhere to start on your journey for a more fulfilling tabletop experience.
1. Descent: Journeys in the Dark—This wonderful semi-cooperative dungeon crawl pits up to four hero players up against one bad guy player known as “The Overlord.” While the heroes are hoping to complete their objective, the Overlord is setting traps and setting out monsters in attempt to thwart them. Gameplay is made up of several quests (one session each) that make up an entire campaign. The success or failure of the heroes determine subsequent quests. The recent creation of a Descent app means you no longer require the Overlord player to play cooperatively, and you can also play solo. 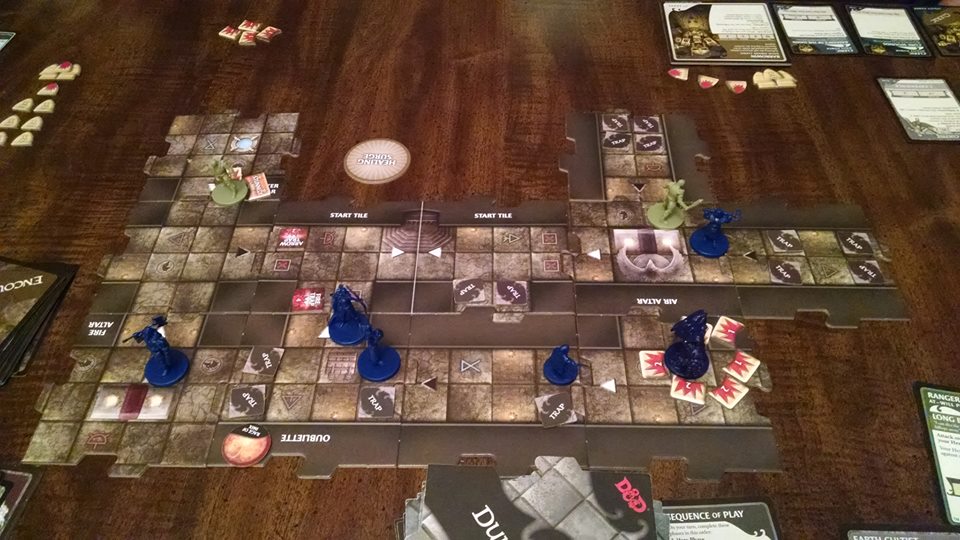 2. Dungeons & Dragons: Temple of Elemental Evil—This game, in my opinion, is the best of the bunch when it comes to the D&D “big box” dungeon crawler games. Fully cooperative, ToEE is played over the course of 12 scenarios, some of which take place in a spooky dungeon, while others go down in the town. Your scenario might call for you to obtain some relic and survive long enough to get it out of the dungeon. This was one of my favorite games from 2015. 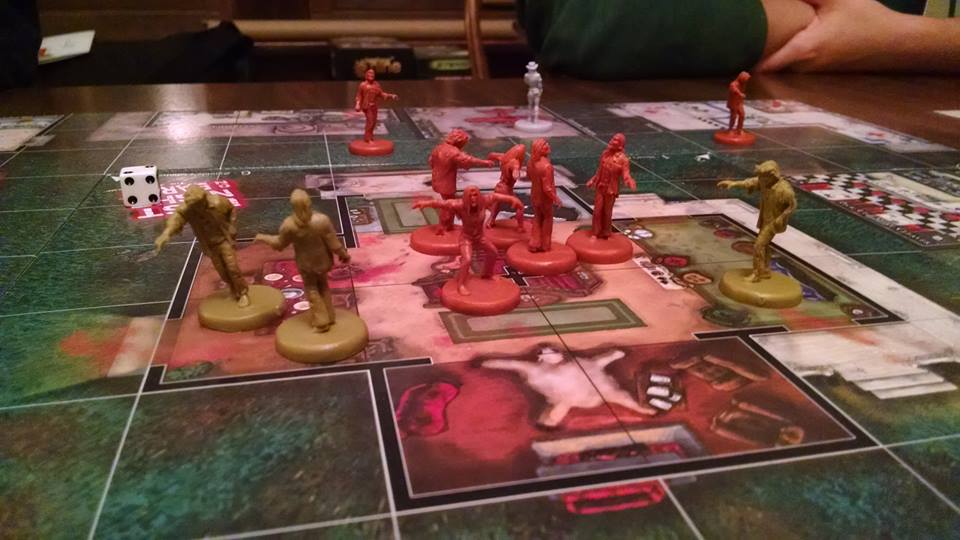 3. Last Night on Earth—I don’t see this game getting a whole lot of love, and that’s a shame, because it can be a lot of fun. In Last Night On Earth, there are two teams of players—one plays as a horge of undead zombies, and the other are the heroes trying save the day. The scenarios in this game are a blast. There’s one where the heroes have to gas up a truck and find its keys in order to flee the town. Meanwhile, the zombie players are trying to eat the heroes’ brains. The standalone expansion, Timber Peak, adds a bunch more scenarios and makes the game even more fun by adding elements such as fire, which can burn of control. One of the best things about this game is it can play up to six, so if you have a big group, this one’s for you.
4. Dead of Winter—You’ve probably already heard of this semi-cooperative anxiety attack in a box. In Dead of Winter, players take the role of survivors of a zombie cataclysm. The team of players will have a group objective for each scenario. It might be something like, “collect 10 gallons of water for your camp.” But then, each player has their own individual hidden objective. Hidden objectives might be helpful for the camp, or they might be completely at odds with the group objective. A player might have a hidden objective of “poison the camp’s water supply,” which would screw all the other players. Dead of Winter is a serious nail-biter. The release of Dead of Winter: The Long Night earlier this year means there are even more scenarios to play with. 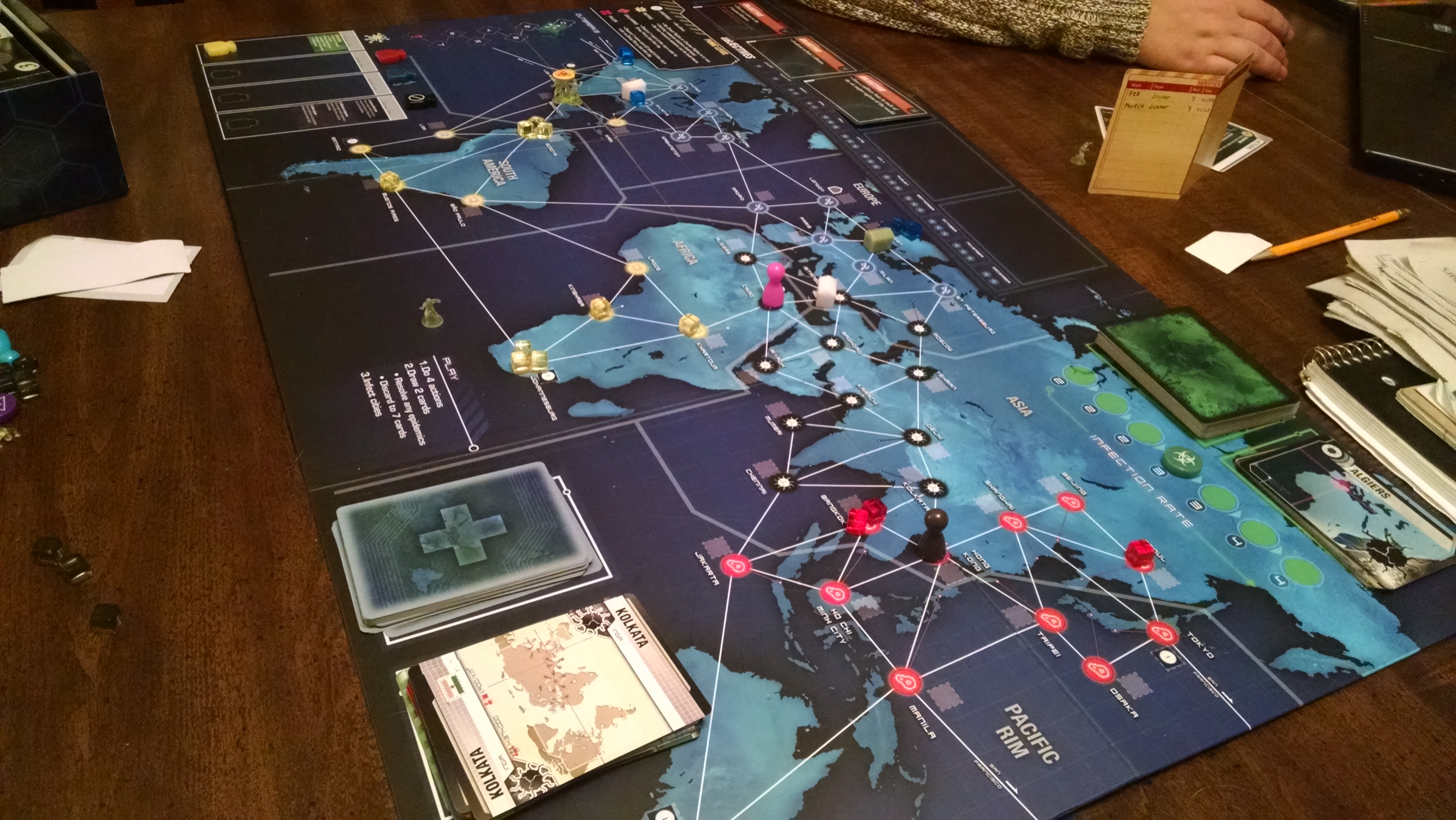 5. Pandemic Legacy—This game is an absolute treasure to play with family. If you like the original Pandemic, Pandemic Legacy will only enhance your love of the franchise. The game is played over 12 to 24 sessions, each adding a new element to the gameplay. So, while the first session is basically just regular Pandemic, the next session you’ll add something, then something else, until the game becomes quite heavy. It’s almost like a game that includes 11 expansions right in the box it comes in. While not scenario-based in the same way as the games mentioned above, each session does have its own goal. The way that it plays out, I could really see this game being a movie or book, which makes me wonder if there is Pandemic Legacy fan fiction. If there isn’t, there should be!