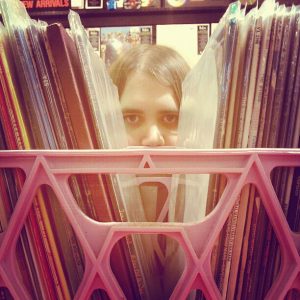 Buffalo Killers are three Ohio boys whose output harkens to ‘60s rock songwriting, but still manages to maintain a timelessness that makes them relevant in 2012.  And though Dig. Sow. Love. Grow., their 2012 record for Alive could have come out 40 years ago, it also proves that memorable, hooky songs don’t have a shelf life.
Ghettoblaster caught up with Andy Gabbard, who recently became a new dad, between Buffalo Killers tours and before the 2013 release of the latest LP by his side collaboration Homemade to ask him what albums were wearing down the needle of his turntable in 2012.  This is what he’s been rocking…
I really don’t get around much. I’m usually pretty late on hearing about the “new” “hip” groups. I’m always rummaging around the record store looking for the lost artifact from the 60’s. That being said, I do have a handful of bands I try to follow and some favorites from this year. I probably forgot about one or two. So, in no particular order. Here is my 2012 list.

TAME IMPALA – LONERISM
Super spacey. Great drums and hooks. Reminds me at times of “Something/Anything” which is so cool.

BEACHWOOD SPARKS – TARNISHED GOLD
Love this band. Was so excited for this album. I was singing the title track in my head for months after it came out. And it came with a tote bag! Groovy!

NEIL YOUNG & CRAZY HORSE – PSYCHEDELIC PILL
It’s so great to hear the horse rockin’ again. Each track really pulls you in. The songs are there. The energy is there. B.Y.O. psychedelic pill.

DINOSAUR JR. – I BET ON THE SKY
I knew I’d love this record as soon as I heard mellotron on the first track. Lou Barlow really shines on this one. Cool artwork. Lots of tasty riffs.

VAN DYKE PARKS – DISCOVER AMERICA  (REISSUE)
My favorite Van Dyke Parks record was reissued this year. It’s all over the place. This one has some rockers. First time I heard this album playing I thought it was T. Rex.

DR. DOG – BE THE VOID
These guys are just a solid band. Always look forward to what they do next. Great songs and vocal harmonies. I want one of those Dr. Dog toboggans the cool kids are wearing!

FATHER JOHN MISTY – FEAR FUN
Who are the Fleet Foxes? This guy is good.