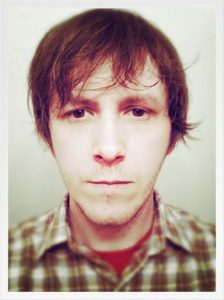 Although Oh Condor haven’t really released any music in 2013, they remain one of Dayton, Ohio’s most earnest and fun bands.  Their musical roots can be traced to ’90s indie rock, their production is a little too slick for lo-fi, too ambitious for slacker rock, and too fun for shoegazing.  The quartet’s Reflector EP, which was released via Gas Daddy Go! in February 2012 showcased the scrappy and ambitious quartet were capable of and committed to chasing down moments of pop and rock brilliance and setting them to tape.
On a personal level, we at Ghettoblaster happen to know that singer/multi-instrumentalist Tim Krug, who has also done time with Ohio’s Human Reunion, has both informed and impeccable taste in music.  This is what he told us he has been digging in 2013:
Adam Franklin & Bolts of Melody – Black Horses
Cheetahs – Extended Plays **
Crooks on Tape – Fingerprint
Jon Hopkins – Immunity
Nine Inch Nails – Hesitation Marks
Pretty & Nice – Golden Rules for Golden People
PVT – Homosapien
Their / They’re / There – Their / They’re / There
Van Dale – Van Dale
Yuck – Glow & Behold
Yvette – Process
** Is a 2013 LP that collects two eps released in 2012 cheating? I included 11 just in case.
(Visit Tim and Oh Condor here: https://www.facebook.com/ohcondor and http://www.ohcondor.com/.
Tim Krug and friends (including Tyler Trent of Brainiac) are also set to celebrate the life of late Human Reunion vocalist Jeremy Frederick here:  https://www.facebook.com/events/644141758971247/.)