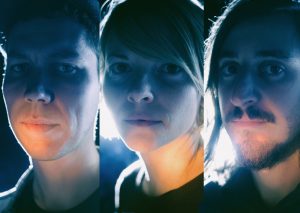 The Sound Check Chat podcast with Andy Gabbard of Buffalo Killers and Drew Speziale of Circle Takes The Square via iTunes and Stitcher.  These episodes of the podcast are sponsored by Ghettoblaster Magazine, YouIndie.com and Frame Jump Music Videos.
Access the podcasts here:
Buffalo Killers: http://goo.gl/3GXMxx
Circle Takes The Square: http://goo.gl/hweiZB
On May 13, ever evolving Cincinnati rock ‘n’ roll group Buffalo Killers release their most straight forward rock album to date, Heavy Reverie. Armed with the trademark harmonies of Andy and Zach Gabbard, the band have debuted songs from the radio ready effort during early Spring touring and a trip to South By Southwest. And they’re ready to hit the road again this month, including a stop at Christ Episcopal Church in Dayton, Ohio where they’ll perform with the church’s choir at a Dayton Music Fest and Ghettoblaster Magazine sponsored concert.
After nearly a decade of hibernation, Virginia/Savannah Georgia’s Circle Takes The Square released their second full-length album, titled Decompositions: Volume 1, on their own Gatepost Recordings in late-2012. Characterized by a fusion of experimentation, volume and dynamics, the band remain one of the most prominent influences emotional post-hardcore has seen.
On March 15, 2014, the podcast and Sound Check Chat website (http://www.soundcheckchat.com) launched.  The initial podcasts included interviews with one-half of Insane Clown Posse, Violent J, and Hawthorne Heights guitarist/frontman and solo artist JT Woodruff, Benjamin Laub, aka Rhymesayers Entertainment’s Grieves, and Joe Anderl and Justin Satinover of The 1984 Draft.
Download the podcast at iTunes here: http://goo.gl/cIF7G0 or ?https://itunes.apple.com/us/podcast/sound-check-chat-music-lovers/id841331756