October 28th can’t come fast enough.  Why you ask?  Tanimura Midnight will we be releasing their latest album Tears Disappeared In The Night. Coming off from their 2015’s Wrong Number, Tanimura Midnight have taken their admiration for 80’s cinema scores, 8-bit gamer soundtracks, and Air to soaring heights. Deeper waves of synth, dramatic guitars conjure up classic tech-noir film soundtracks vibes.
Revered to many for his stunning work with DC punk/emo projects Frodus and Decahedron, Shelby Cinca is guiding Tanimura Midnight alongside Nick Anderson(Aloha, Title Tracks). Over the last few years, Tanimura Midnight have garnered global recognition; the live action video for Playstation 3’s game Hotline Miami 2 was largely acclaimed.
Today, Tanimura Midnight has released the first single off of Tears Disappeared In The Night, “M-Blade”. Here’s what Cinca said regarding the song:
“M-Blade is the only track I co-wrote with my friend Marcus Baide who handles animatics (a video of how the storyboard and transitions work) for Cartoon Network. He’s always busy doing that but he’s also great piano player and a fan of fusion/jazz stuff like Return To Forever which is our funny meeting point on music. After finally meeting up, I started with drums while we were eating nachos at a bar and then finished up in my studio space as I guided him and sampled his riffs. The final version veered towards Jan Hammer with a synth-bend break that was a small side-thought during our session which I feel captured an eerie feel that never was really explored in Tanimura Midnight tracks. I definitely hope to make more tracks with Marcus in the future and hopefully get his original tunes to see the light!”
As one of Swedish Columbia Records “Synthwave October” releases, the cassette version of Tears Disappeared In The Night will appear in the labels’ Mock-VHS 80’s packaging. 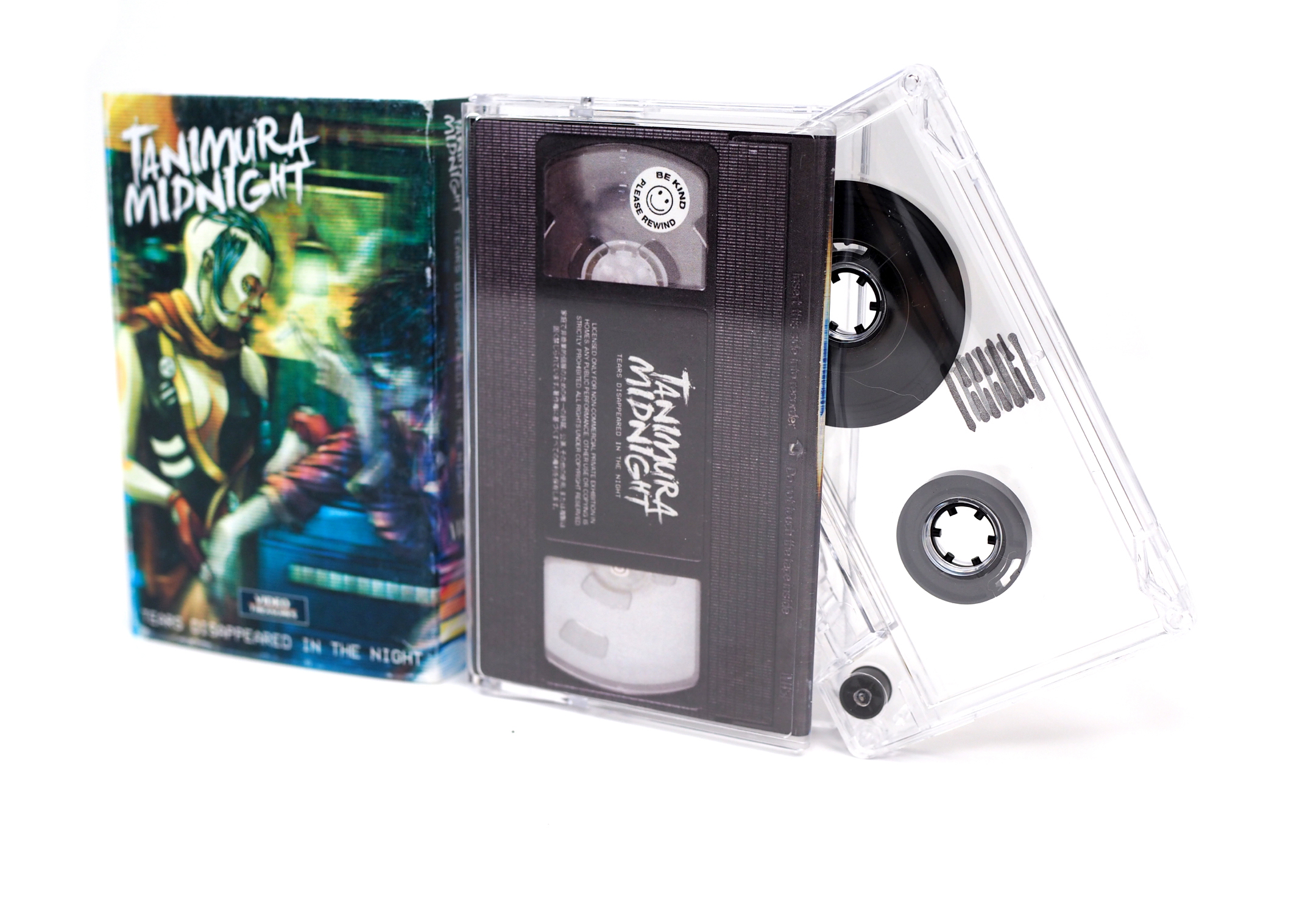