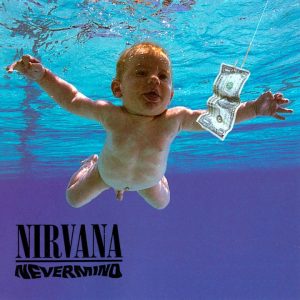 Empires have been buzzing on the radar of Chicago weeklies and Alternative Press for a couple years, and recently found themselves in the midst of a battle for the cover of Rolling Stone magazine.  Hype aside, with Garage Hymns the band’s blip on taste maker radar becomes a white hot beacon. During “Damn Things Over” Empires deliver a variety of rock rave ups that are muscular in their hooks and spotlight singer Sean Van Vleet swinging for the rafters with his baritone howl.
Ghettoblaster caught up Empires’ Max Steger while he prepared for the release of the band’s second full-length album, Garage Hymns, which he produced and which drops June 12 (Tuesday) on the band’s own label History Records to talk about one of his favorite records.  Here’s what he said about Nirvana’s Nevermind.
What is your favorite album?

I’d probably have to say Nevermind by Nirvana. (Max Steger)
Do you remember when you received or purchased the album?
I remember hearing “Smells Like Teen Spirit” coming out of my sister’s room when I was 8 years old. I’ve done nothing but music ever since. (MS)
What is your favorite song on the album?
“Lithium.” (MS)
What is it about the song that resonates with you?
I love the dynamics of the haunting verse with the loud chorus. The guitars sound amazing. Andy Wallace did an amazing job mixing the record. (MS)
Have you ever covered a song from the album?
Unless you count junior high, I don’t think I have. Nirvana, like most great bands, would be hard to cover. “Aneurysm” would be a bad ass cover! (MS)
What is it about the album that makes it stand out against the band’s other output?
While I think In Utero is fascinating on a whole different level, there’s something to be said about the effect Nevermind had on music. There hasn’t been a bigger revolution in rock since. The songwriting is also very focused. I love how Kurt Cobain could take unorthodox progressions and make them into pop songs that were universal. (MS)
Have you ever given a copy of this record to anyone?  What were the circumstances?
I can’t say that I have. I think everyone I know already owns it. (MS)
Which of the records that you’ve performed on is your favorite?
A lot of good memories are associated with our newest record, GARAGE HYMNS. But I always feel best about whatever is most recent.
What is your favorite song on the album and why?
That changes all the time, but I really love “Shame” and “Lord Have Mercy” across the board. Both songs build really well. “Lord Have Mercy” is the perfect song to close the record. I also remember it being one of the first times the whole band recorded backing vocals together on a track. Sean (Van Vleet) knocked it out of the park lyrically on both songs. (MS)