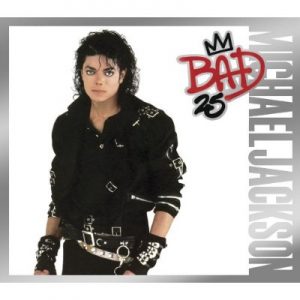 On October 2, Devereaux drops Cacti Pace, and EP that touches on influences as broad as Kraftwerk, Trans Am, Battles, Air, and Daft Punk.  The not quite analog, yet not exactly electronic Devereaux is the sound of one W. Heyward Sims, who grew up perfecting Led Zeppelin riffs in front of his Emerson CD player in the early 90s, and now laments the demise of the answering machine.

We caught up with Sims to discuss another of his influences, and uncovered an unusual favorite, Michael Jackson’s Bad.  Here is what he told Ghettoblaster about it…

What is your favorite album?
I’m going to say it’s Michael Jackson’s Bad because I have listened to that record probably over 1,000 times the past decade.
Do you remember when you received or purchased the album?
I bought it in CD format in May of 2001 at a record store called Sounds Familiar in Columbia, South Carolina.
What is your favorite song on the album?
It’s tough to say, but probably “The Way You Make Me Feel.”
What is it about the song that resonates with you?
Well, it’s definitely not the lyrics.  It’s the percussive elements and just the arrangements within the tune in general.  It’s very bouncy, the snare drum rips through the top of mix in the chorus like a machete.  I love the ancillary percussion in the verses like crazy, too.  I don’t know, it’s almost industrial.  It’s like they’re tossing washing machines down stairs or something.  I love jogging to it and air drumming the parts like an idiot.
Have you ever covered a song from the album?
I haven’t.  Although, I had toyed with the idea of covering “Smooth Criminal” a long time ago, but then Alien Ant Farm did it and I was like eeeeeggggghhhhhhhhhhh.
What is it about the album that makes it stand out against the band’s other output?
I think it’s just the attitude.  There’s something sassy and a little angry about it.  It might be Jackson at his most punk moment, if that’s even possible.
Have you ever given a copy of this record to anyone? What were the circumstances?
I have not.  I might keep that in mind for the holiday season, though.  Maybe I’ll just be that weird relative that gives Bad to everyone ever year.
Which of the records that you’ve performed on is your favorite?
I’m going to have to get a little Frank Lloyd Wright on this question and say “the next one.”
What is your favorite song on the album and why?
Probably track three or four from “the next one.”  It will be my best at that moment.