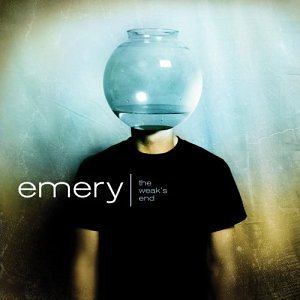 Few bands can say that their single launched into the top ten of the Billboard Rock Charts right out of the gate, let alone staying in the charts for a collective 40 weeks after getting there. Adelaine can make that claim.  The band’s first Billboard top ten hit single, “Do or Die,” catapulted them into rotation with well-established artists like POD and Switchfoot, and gained them fans instantly. Their follow up single and title track of their debut EP, Take Heart, proved to continue their radio success, peaking at 12 on the Billboard Rock Chart and staying in the top 30 for 20 weeks.
Vocalist Stormy Pina’s honesty about her inner battles with all the complexities of life comes through in not only the strength of her voice but also in her ability to translate that musically for vast audiences to relate to. That voice is heard through Adelaine’s sophomore album, Currents. The album was written with an emphasis on real life relationships. It focuses on the twists and turns that challenge us to forgive and overcome despite betrayal and disappointments.
Ghettoblaster caught up with Pina to discuss a record that inspires her, and she chose Emery’s Weak End album.  This is what she said about it…

What is your favorite album?
It’s hard to just pick one! If I were to pick one of the most influential albums on me as a musician I’d say Emery’s The Weak’s End album.
Do you remember when you received or purchased the album?
I was shown the song “Walls” by a friend of mine, and not long after went to see Emery at a local venue in town, it was a tiny venue and Emery just killed that place, it was awesome! I picked up the album there at the show.
What is your favorite song on the album?
“Fractions” is one of my favorites!
What is it about the song that resonates with you?
The harmonies on the song are great, the lyrics, the mood, everything about it I love.
Have you ever covered a song from the album?
No I have not but I’d love to!
What is it about the album that makes it stand out against the band’s other output?
Honestly I love all of Emery’s albums equally, but this one stands out because it was the first one that I’d ever heard and so it has a nostalgic feeling to it.
Have you ever given a copy of this record to anyone? What were the circumstances?
I let all my friends listen to this album!
Which of the records that you’ve performed on is your favorite?
As far as our albums go, I love playing our new album the most currently because it’s so much fresher than our old stuff. Don’t get me wrong though, I love our old songs too!
What is your favorite song on the album and why?
My favorite song to play off of Currents is “Square One.” This song is really personal to me and hits close to home. It has a return to innocence theme to it, which is a big struggle for me and I get pretty emotional when we play it!