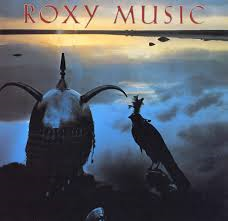 With a style dubbed as “Sex Pop,” Night Panther has taken the tastemaker scene by storm with their self-titled LP. Recorded by lead singer Farzad Houshiarnejad, Night Panther’s debut album dropped on July 30. Hailing from Philadelphia, the trio shares a love for Freddie Mercury’s harmonies, early ‘80s pop melodies and synthesizers, and the heavy drum and bass grooves of the late ‘70s NYC disco era. Night Panther’s unique style and sound have landed them SXSW and CMJ Music Marathon as well as performances with Holy Ghost!, Joy Formidable, Body Language, and Vacationer.
Ghettoblaster recently caught up with Night Panther bassist Michael Cammarata to discuss one of his foremost influences and favorite albums.  This is what he said about Roxy Music’s Avalon.
What is your favorite album?
Roxy Music – Avalon.
Do you remember when you received or purchased the album?
Chris Radwanski (guitars/synths) brought it home from his place of work. It was just sitting in the basement.
What is your favorite song on the album?
That changes each time I listen, but currently the title track “Avalon”
What is it about the song that resonates with you?
The vocal performance from Yanick Etienne literally puts me in a trance. I sit in front of the speakers and close my eyes and all of my friends film me and laugh.
Have you ever covered a song from the album?
No we haven’t.
What is it about the album that makes it stand out against the band’s other output?
It’s one of their final albums as a band and it’s a dramatic, more synth fueled switch from their angular post punk records.
Have you ever given a copy of this record to anyone?  What were the circumstances?
Nope, I have never passed it along.
Which of the records that you’ve performed on is your favorite?
Night Panther currently has only one release so by default I’ll say our self titled debut.
What is your favorite song on the album and why?
“Delta” holds a special place for me because it’s the first song we did together. It gave us the blue print for the type of music we wanted to make.
(For more information please visit,www.Facebook.com/NightPantherBand.)