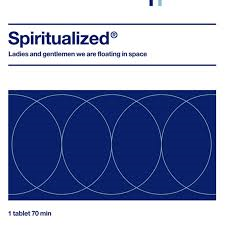 Ladies and Gentlemen We Are Floating In Space

Earlier this week Ghettoblaster talked to Kristina Esfandiari, former vocalist of Bay Area shoegazers, Whirr, about the Halloween Dream EP (released on Feb 18 via The Native Sound (John Vanderslice, Koji)) from her new project Miserable.
Kristina writes and performs a brand of moving and evocative music that oozes with nostalgia – and the Halloween Dream EP is no different. Over the course of four tracks, Esfandiari’s powerful voice and poignant compositions swell into soundscapes both haunting and wistful.
Building on the momentum of her Run For Cover-issued 7-inch split with PA’s Grey Zine, Halloween Dream finds Kristina experimenting with muscular riffs (“Bell Jar”) and sparse instrumentation (“Spinning”) – new territory for the songwriter, but seemingly comfortable all the same.  Miserable is now streaming a new song titled “Bell Jar” on YouTube: http://goo.gl/jsUQXQ and Soundcloud: http://goo.gl/k9c4Wz.
We asked her about her favorite album and she was quick to cite Spiritualized’s Ladies and Gentlemen We Are Floating in Space.  This is what she said about it.
What is your favorite album?
Spiritualized – Ladies and Gentlemen We Are Floating in Space.
Do you remember when you received or purchased the album?
I only remember the first time I heard it; I was blown away.
What is your favorite song on the album?
“Cool Waves.”
What is it about the song that resonates with you?
It almost sounds like a fucked up gospel song, that’s how I feel about most Spiritualized songs. I grew up in church… I guess I really connect with that kind of sound. I can’t really put into words what resonates. Just a feeling I get from the song. Feels really good to sing it as well.
Have you ever covered a song from the album?
I’m not very good at doing covers.. yet.
What is it about the album that makes it stand out against the band’s other output?
I think most of their material sounds similar. I guess I just connect with the lyrics and vocals of this album. It’s usually the first thing I focus on when I hear a song.