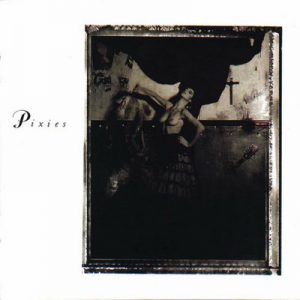 Loma Prieta, who formed in 2005, have a sound that is difficult to describe.  It is clear the band are cut from the same cloth as other Bay Area hardcore bands – Mohinder, Funeral Diner, Indian Summer – but the band also have developed a distinctive voice that is entirely their own.  For IV, the band’s Deathwish Inc. debut, Loma Prieta tracked 12 intense and enothional songs that ebb and flow unpredictably and powerfully.  It is no surprise that the album has been described as “melancholy chaos.”
We at Ghettoblaster caught up with Loma Prieta bassist Jake Spek to get a little further insight into the roots of the band’s sound.  He threw a curveball our way with The Pixies’ Surfer Rosa, an album he said he learned to play bass to.  We think this is incredibly rad considering that Pixies bassist Kim Deal is from Ghettoblaster’s homebase, Dayton, Ohio.  Here’s what he had to say about it…
What is your favorite album?
Surfer Rosa by the Pixies. It is the very first album I started playing bass to, and I think that it is largely reason why I’m still playing music. Through everything that I’ve listened to, it has remained one of my favorites.
Do you remember when you received or purchased the album?
I received the record from my friend in 6th grade. He gave it to me because I had just gotten a bass and he wanted to start a band and cover “Where is my mind?”
What is your favorite song on the album?
“I’m Amazed.”
What is it about the song that resonates with you?
It is the noisiest, most raging song on the record.
Have you ever covered a song from the album?
The very first song I ever learned was “Where Is My Mind?” specifically to cover it with my first band Puppet Militia in the sixth grade.
What is it about the album that makes it stand out against the band’s other output?
Not only the sentimental value, but the production is the best.
Have you ever given a copy of this record to anyone?  What were the circumstances?
Every mixtape I’ve ever made (besides R&B or rap mixtapes) has had at least a song off this record on it.
Which of the records that you’ve performed on is your favorite?
I always like the most recent thing that I’ve done. In this case, that is the new Loma 7″ that is coming out soon.
What is your favorite song on the 7” and why?
All of them.