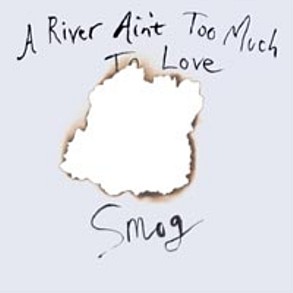 A River Ain’t Too Much To Love

When Bon Iver and Megafaun achieved their success,  Field Report’s Chris Porterfield, who cut his musical teeth with DeYarmond Edison (the other members of which were Justin Vernon/Bon Iver and Megafaun), thought his musical career was over.  Lucky for us, he is gearing up to unleash his songs via Partisan on September 11.  In December 2011, he finally recorded his own songs at Vernon’s studio (with engineer Beau Sorenson).
Porterfield explained, “I was talking with Justin, and he said that he had heard through the grapevine that I finally had found the right people to play with. He invited us to use his space. We were particularly interested in recording at his studio (April Base) because of the large live room. We wanted to capture the sound of a band.”  And Vernon was right.  What the band created is both lyrical and poignant.
Ghettoblaster recently caught up with Porterfield to discuss another crafty and poignant record, Smog’s A River Ain’t Too Much To Love.”  Here’s what he told us about his fav…
What is your favorite album?
Smog A River Ain’t Too Much to Love.
Do you remember when you received or purchased the album?
June 2005.
What is your favorite song on the album?
“Drinking at the Dam.”
What is it about the song that resonates with you?
The production is perfect. The guitar sounds are clean but small; the reverbed vocals make a perfect bed for the story to lay in. The lyrics are detailed but universally nostalgic. They are delivered deliberately but casually too. A snippet:
“Skinmags in the brambles/ For the first part of my life/ I thought women had orange skin/It was the first part of my life/ Second is the rest”
And the use of a dam as metaphor for life generates as much power as the Hoover.
Have you ever covered a song from the album?
I couldn’t possibly bring anything to these songs that would be an improvement.
What is it about the album that makes it stand out against the band’s other output?
This is the last record that Bill Callahan recorded under the Smog moniker. The production is cleaner and the writing is leaner than much of Smog’s earlier work, but you can still hear the air in the room and the creaks in the wood.
Have you ever given a copy of this record to anyone?  What were the circumstances?
I’ve given this record as a gift on many occasions. I’ve shared it with people who I know will appreciate it, and invariably they buy it. It’s one of those that belongs in every collection.
Which of the records that you’ve performed on is your favorite?
The Field Report record is the first one that I haven’t felt the need to distance myself from within weeks of it being made. I think this one has the longest shelf life of anything I’ve done.
What is your favorite song on the album and why?
I haven’t listened to it in months, but we’ve been playing the songs out a lot. Right now I’m enjoying playing “Evergreen.”
(Check out Field Report’s latest single here:
http://soundcloud.com/partisan-records/chico-the-american)