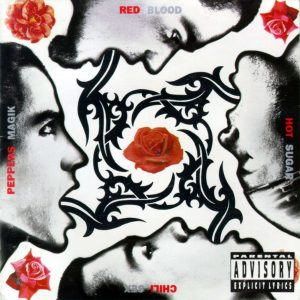 New Beat Fund recently rereleased their “($) Coinz EP via he Red Bull Records, making the remastered collection available to fans to download for free at their site, newbeatfund.com.   Drawing on the energy of the group’s dynamic live show, the self-produced EP includes their off-the-wall track that put them on KROQ/L.A.’s influential “Locals Only” show.
September is also shaping up to be a big month for the band, following their Vans Warped Tour run.  On September 19, they will travel to Las Vegas as main support for blink-182 at the Boulevard Pool at The Cosmopolitan.  They are also confirmed for a slot on Southern California’s annual Epicenter festival—alongside The Offspring, A Day To Remember, Bad Religion and more—on September 21 in Irvine, CA at Verizon Wireless Amphitheater.  The next day, the group will travel to Denver for Riot Fest on September 22, where they’ll join an all-star line-up including The Replacements, blink-182, Iggy & the Stooges, and more (dates below).
Ghettoblaster recently caught up with NBF’s Bernie Baker to discuss a landmark album that has inspired him over the years.  This is what he said about Red Hot Chili Peppers Blood Sugar Sex Magik…
What is your favorite album?

Narrowing it down to one is tough, but I’d have to say Red Hot Chili Peppers Blood Sugar Sex Magik.  The whole band would probably collectively agree.
Do you remember when you received or purchased the album?

Yeah, I literally dug this album up from my pops’ collection.  I was a kid then coming out of a punk phase and was newly obsessed with gangsta rap.  So I started to dig through albums looking for rap/hip hop and I came across Blood Sugar Sex Magik.  It also had a parental advisory label on it like my 2Pac All Eyez On Me album so I knew it would be dope.  Popped it in the deck and it had hard punk like energy with rap pin’ and melody.  From that moment on it just stuck with me.
What is your favorite song on the album?

“I Could Have Lied”.
What is it about the song that resonates with you?

I dig the lyrics and tone of the song but John Frusciante’s guitar solo sets it off.  It’s hanging on by a thread but speaks on a deep emotional level.  One of my favorite guitar solos of all time.
Have you ever covered a song from the album?

Nothing at a show…but we jam “Give It Away” and “Under The Bridge” a bit when we’re warming up at rehearsals.
What is it about the album that makes it stand out against the band’s other output?

It was the first RHCP album I got into and it opened by music vocabulary.
Have you ever given a copy of this record to anyone?  What were the circumstances?

New Beat Fund only has one EP at the moment called CoiNz ($) so it’s the favorite by default.  We’re gonna record a full length and are stoked to put it out.
What is your favorite song on the album and why?