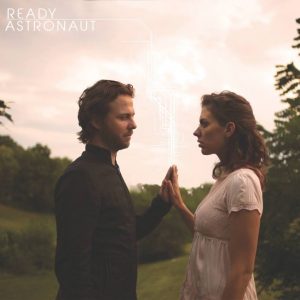 Ready Astronaut, the Kansas City future-folk project of The Slowdown’s Josh Johnson, releases his self-titled debut album on CD and digital formats this week, which is laden with concepts of heartbreak, wanderlust and self-discovery.
The album is rooted in earthy folk-rock, adding modern textures and experimental flourishes and exploring unconventional rhythms and slinky grooves in keeping with his work with The Slowdown, but departing significantly from the full band’s heavier rock elements, as well as the more synth-oriented funk territory that the band had begun to move into on The Slowdown’s most recent album, 2014’s sophomore full-length Digital Gold.
Ready Astronaut has shared the stage recently with Radio Moscow.
Today, Ghettoblaster is offering a stream of the record. Enjoy it below: