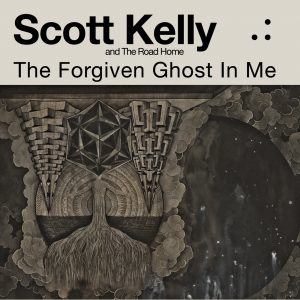 The Forgiven Ghost In Me

SCOTT KELLY AND THE ROAD HOME
THE FORGIVEN GHOST IN ME
Late in Swans’ first act, before Michael Gira broke the band up and started Angels of Light, they recorded the kind of slow, ponderous and portentous folk-based music that Scott Kelly traffics in here. Close mic’d acoustic guitars, a deep and creeky voice intoning dread-filled lyrics about the sun and a light dusting of digital geegaws sprinkled all over. One song of this would be fantastic, but this album hits that one note and then proceeds to continue hitting it like a child with a tambourine until you want to murder yourself. This Swans homage/rip off seems to miss the stuff that made Gira’s pretensions so thrilling: a willingness to switch up approaches and a level of quality that Kelly aims for but can’t reach. On an album like Soundtracks for the Blind, the variety of approaches makes deep dives into acoustic moroseness palatable. Here, it just drags on and on until everything is the exact same shade of rust. (Neurot Recordings) by Aaron van Dorn