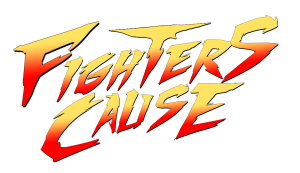 Steven Griffin, aka Griffin Cosplay is a new cosplayer based out of Dayton, Ohio. This blog follows his successes and failures as he immerses himself in the culture both behind the scenes and at the conventions. You can find him on Facebook at http://www.facebook.com/GriffinCosplay and Twitter @GriffinCosplay.
I started out on this cosplay journey less than a year ago. If you would have told me that in just a few months I would be working with Knightmage and arranging a huge photoshoot for charity I would have looked at you funny and then called you nuts. However that is exactly what is happening. I am going to take the time in this blog to give you an idea of where this all came from.
It all started with a simple Facebook post with a picture of a character from Mortal Kombat. The character was Smoke. The caption I put on it was “Hmmmm… should I?” Fairly quickly people chimed in and told me to go for it and I figured why not. This would be an extremely tough build especially considering it will be my second build but a very large one as he wears a full suit of armor. Obviously this would all be new to me. But I liked the idea of taking on something hard and if I fail I learn and I could keep trying until I got it right. So I decided that I would indeed try to build it. Shortly after I decided to go forward with the build Hailey S Cosplay had commented and said that she was going to be working on a character from the same game. I then thought, “Hey it would be cool if we could get together and do a shoot once we were both done.” So I shot her an e-mail and she was all for the idea.

I would think about that shoot for a few days and started to think about how cool it would be if I could find a few other cosplayers to do a few Mortal Kombat characters and just do a shoot. Well that idea quickly snowballed in my head and I thought about adding other games into the mix. One morning I woke up with the idea to do a fighting game shoot and sell prints from the shoot to raise money for charity. I wasn’t sure how to do it or if anyone would even be interested but the idea grabbed me so I contacted Knightmage to see if he had any advice for doing something like this as he had been involved in large shoots in the past. Knightmage loved the idea and wanted to be involved. He then came up with the name Fighters Cause and the idea that each fighter would choose a charity to “Fight” for and all the proceeds from a print depicting them would go to their cause.
After talking with him and seeing his excitement for it I started up a Facebook page and put out a call. I didn’t know how many people we would be able to find or how hard it would be to find a photographer (even though Knightmage and I both had the same guy in mind I think). Once the page went live there were a few people that immediately jumped on and really helped the page gain traction. Those few people would become the first 10 cosplayers to get spots in the shoot. And while we were planning all of this we were contacted by “The Portrait Dude” Wesley Smith and he wanted to be a part of the project. This was perfect considering from the very start this was the guy I wanted behind the camera.
In just a few weeks we had gathered over 200 people who were excited about the project and a lot of them had contacted us to find out how they got involved. In order to keep everything as fair as possible we decided to draw the final 10 names from a hat. We now have our 20 fighters as well as 3 photographers involved in making this project a reality.
We decided that the shoot will be held on November 15th in Columbus, Ohio. Giving everyone time to get their costumes made and get everything prepared. Over the next few months I will introduce you to some of our fighters and keep you updated on the project! You can also follow the projcet as it happens on Facebook at www.facebook.com/figtherscause.