TASTY (Ian Graham, Jay Sparrow) is a young two piece trash pop outfit from Columbus, Ohio, taking cues from the whole of traditional rock and roll. Traces of almost every modern era from mid ’50s teen rockers, ’60s girl group chants and ’70s three chord punk purity can be found imprinted on short bursts of concentrated energy being ricochet off of dingy midwestern basement walls that would make Phil Specter spectate how two people can possibly fill so much sonic space.
If you’re sick of watching statues on stage, TASTY is not to be missed live-causing havoc, giddy angst and anxiety for the future everywhere they play. In fact, the band has a couple of forthcoming dates on the books (below) and are booking a tour for late spring/early summer. 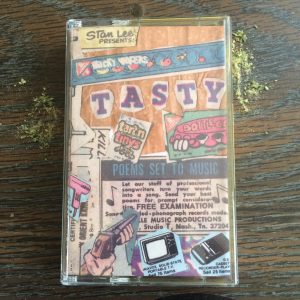 Their first s/t tape is to be released on Superdreamer Records on March 24 and today Ghettoblaster has the pleasure of premiering the band’s video for “Witching Hour,” which you can enjoy below.