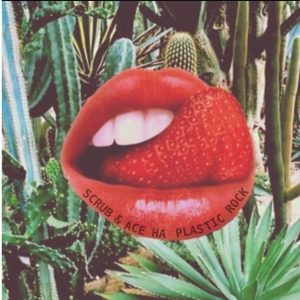 Known for an energetic and inspired performance, veteran emcee Scrub , a St. Louis native,
has teamed up with LA-based producer Ace Ha to create an updated sound harkening back to a classic hip hop era.
The duo’s beats and raps weave elements of golden-era Boom Bap, classic rock, soul, and funk, all interspersed seamlessly with progressive sounds and intricate lyrics. Ranging from lighthearted storytelling to biting social critiques, Scrub and Ace Ha deliver a listening experience that is both engaging and heartfelt.
Now the duo are taking classic rock songs and putting their own rap twist on them. They’re calling it Plastic Rock. The group recently shared the first video from the series (http://ghettoblastermagazine.com/2017/scrub-ace-ha-share-plastic-rock-vol-1/) and now Ghettoblaster has the pleasure of premiering the second video from this project, which is inspired by Joe Cocker’s “Feelin’ Alright,” which you can enjoy below.
This is what Scrub had to say about it:
“This was a fun one to make and came very easily. I’ve always loved this joint and wanted to flip this beat for a long time. Joe Cocker’s Woodstock performance still busts me up every time I see it. I met Dave Mason a few times, who wrote the original and told me he slapped it together in an hour. I was thinking a lot about the virtues of being self-reliant at the time and this felt like a perfect match. This was about taking your own path and doing for self, for better or worse.”
With each new installment of the “Plastic Rock” video series comes a fresh blend of clever lyrical content and intricate beats, producing Scrub and Ace Ha’s one-of-a-kind sound.  The pair is set to release a total of five rock inspired hip-hop tracks, with a new video debuting roughly every two weeks.
This is what Scrub said about the full series:
“Ace and I are both from the Midwest, where classic rock reigns supreme, like it or not. Growing up, the things I really loved, like skateboarding and hip hop, were on the fringe, but squealing guitar was in abundance. Those influences eventually sunk in, so it felt completely natural to turn a few of these anthems on their heads.”