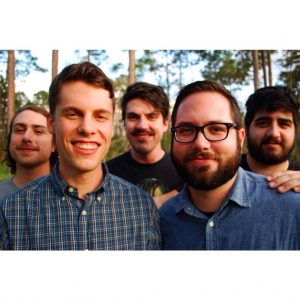 You Blew It! might be one of the last great hold-outs in the emo revival that took over the last decade. More sane than Algernon Cadwallader, less sonically-spacious than Cap’n Jazz, YBI! cherrypicks from ’90s emo and indie in a fashion that many have aimed for but few have achieved. These cat-loving, taco-eating dudes have been holding it down in their native Orlando scene since February 2009.
They have a couple releases under their belts, including a Weezer covers EP titled You Blew It, which dropped earlier this year.
Ghettoblaster recently caught up with the band to see what their favorite releases of the year were. This is what they enjoyed.
Top 10 LPs of 2014:
1.) Rozwell Kid, Too Shabby
2.) Modern Baseball, You’re Gonna Miss It All
3.) Prawn, Kingfisher
4.) Somos, Temple of Plenty
5.) Dikembe, Mediumship
6.) PUP, PUP
7.) Brightside, Now & Loud
8.) Wye Oak, Shriek
9.) Gerard Way, Hesitant Alien
10.) Weatherbox, Flies In All Directions
Honorable Mentions:
1.) Margot & the Nuclear So and Sos, Slingshot to Heaven
2.) Pianos Become the Teeth, Keep You
3.) Tiny Moving Parts, Pleasant Living
4.) Weezer, Everything Will Be Alright In the End
5.) Braid, No Coast
Top EPs of 2014:
1.) A.M. Overcast – Lexicon Palace
2.) Prawn, Settled
3.) The World Is A Beautiful Place & I Am No Longer Afraid to Die, Between Bodies
(Visit You Blew It! here: https://www.facebook.com/youblewitfl.)

Tags: Featured, You Blew It!