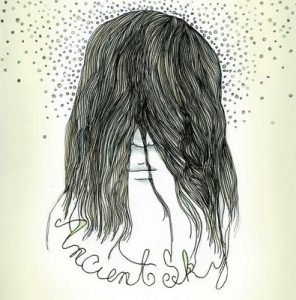 Label: The Perpetual Motion Machine
Year: 2009
Ancient Sky seems to have forgotten something when they decided to form a stoner metal band: the metal. But that’s okay. In fact, it’s refreshing. Instead of crushing distortion, as the guitars plow through spacey riffs, the band is accompanied by haunting organ tones and other reverbed keys. But don’t get confused. Ancient Sky isn’t playing psychedelic rock and roll like Dead Meadow or half of Tee Pee’s roster.  The songs are all based on simplistic heavy riffs played with a touch of restraint and plenty of introspection. The album has a few blues dirges, a strung out ballad, and some heavy swung Deep Purple riffs, all laid out in a natural progression. It’s an impressive debut with a bright showcase on some detailed songwriting — take, for instance, the counter melody the bass takes on album opener “Guilt Is Universal.” It’s a pretty solid musical technique you don’t often see from band’s who seem to take more inspiration from bong rips than Beethoven. Or maybe I’m just reading way too far into it.  Either way, Ancient Sky is an album worth listening to.