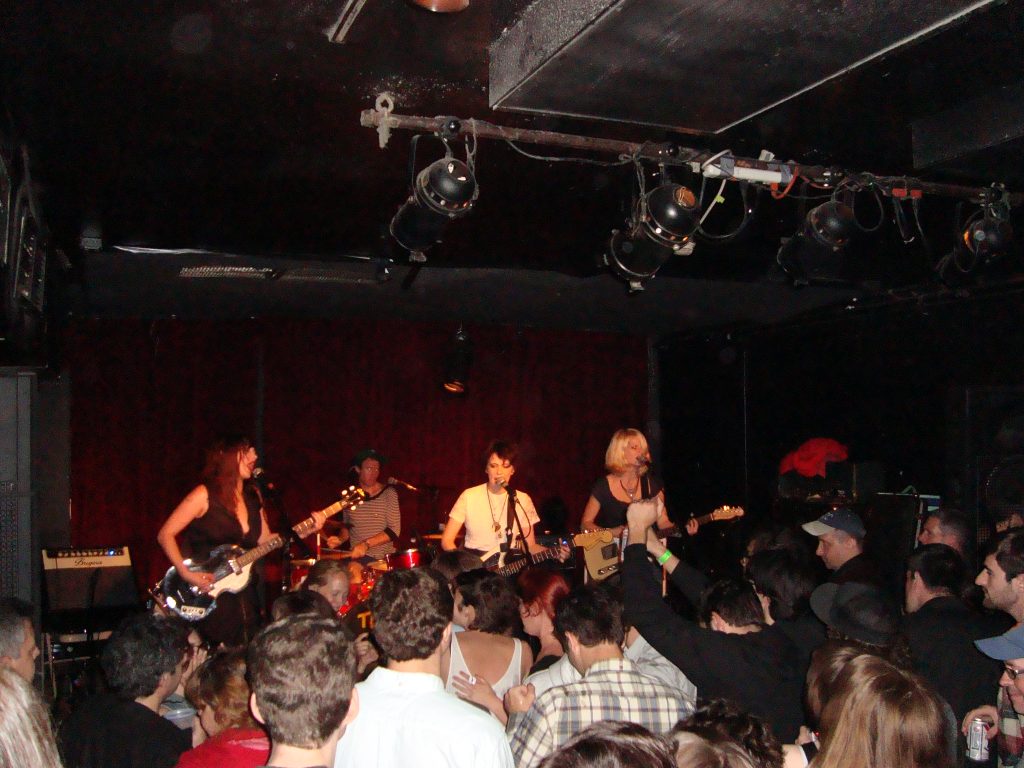 Those Darlins, Natural Child and Stuyvesant at Maxwell’s in Hoboken, New Jersey
June 11, 2011
Maxwell’s is a surprisingly small club, and it was packed for Stuyvesant’s record release party and opening set. Stuyvesant are four middle-aged and wildly energetic men playing absolutely factory standard indie rock. Superchunk should have patented that shit, and Stuyvesant don’t do anything to mess with the formula.
The next act was the real surprise of the evening: looking like the kind of guys in you’d see working on their El Camino between beer runs and bong rips. Nashville’s Natural Child came out of the gate with the kind of energy and swagger that drags you out of the house on a cold, rainy Saturday in June. A power trio with dual lead vocals singing in harmony, Natural Child delivers catchy, punky, country-tinged classic rock, like Graham Parsons and Keith Richards producing a James Gang record on a whippets bender. Their excellent new album, out on Infinite Cat Records, is entitled 1971.
Those Darlins are another Nashville band, touring on the back of their latest release, Screws Get Loose. Their first album, Those Darlins, had a great country punk spirit, filled with humor, catchy songs and great melodies. This is a band unafraid to wear a coonskin cap in their videos. Their new album, however, finds them looking and sounding like a thrift store Bangles, all faded and washed out new wave. It’s an extremely unfortunate shift in direction, best illustrated when they played their older, country-influenced material, the energy (and interest) of the crowd made a quick and appreciable increase. When they returned to their new material’s dusty, sixth-generation dub of “In Your Room,” it just didn’t have the same spark as early shit-kicking country stompers like “The Whole Damn Thing.” Of course, it’s any band’s right to change and follow their muse wherever it takes them, but it’s a shame to see it change them into something far less interesting and enjoyable than what they were.