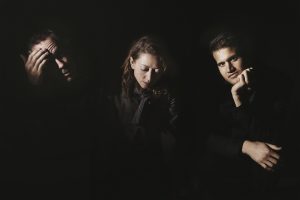 Lost In The Pressure is the latest album from Dive Index, an electro-acoustic collaborative project spearheaded by producer Will Thomas. Recorded in New York City and Los Angeles, the album features vocals by Isaiah Gage and Simone White.
The arrangements incorporate piano, cello, guitars, found sounds and a blend of live and electronic percussion, creating a multi-layered foundation for the vocals. Loops and effects are used to build melodic and rhythmic textures. The personal themes in Isaiah and Simone’s lyrics reflect the intimate way in which the songs were written and recorded.
Past Dive Index albums Mid/Air and The Surface We Divide have included vocals by Joseph Arthur, Mark Gardener (Ride),Ian Masters (Pale Saints), and Natalie Walker, as well as piano by Roger Eno. Several songs have been remixed by Jason Bentley, The Album Leaf, and Tunng and have been lovingly embraced by tastemaker radio station KCRW.
The songs on Lost In The Pressure explore what it’s like to be vulnerable and adrift. To suddenly find yourself disoriented in a sea of people, an ocean of thoughts.
Ghettoblaster recently caught up with Dive Index’s Will Thomas to discuss the album, which was eleased on September 30 via Neutral Music.
When did you begin writing the material for Lost in the Pressure?
I started gathering sounds and snippets a little over a year ago and then fleshed them out into demos in preparation for an intensive recording/writing session last summer with Isaiah.  I then saw Simone play a gig in Los Angeles and she was up for collaborating as well so she and I wrote and recorded last October and November. What was the most difficult song to take from the initial writing stage through recording and mixing?  Why was it so troublesome?
“Sea Glass” was probably the most difficult song because the demo was very minimal.  The actual writing went very quickly but the demo needed more instrumentation, and as much as I wanted it to keep it simple, the song was craving more of a build.  After many variations I realized that I went way overboard and added too many parts.  Then I pulled back and finally found the sweet spot right about in the middle.
What was it like working with Simone White and Isaiah Gage? Did they help with any of the arrangements? Did it have a different feel from your past projects?
Working with Simone and Isaiah was wonderful and very easy. They’re both super talented and creative in different ways.  Isaiah tends to feel out melodies and lyrics on the spot.  While Simone likes to sit with a song for a while and spend more time finding the right mood.  We would then work together forming the arc of the vocal line and finding melodies and harmonies.  The arrangements didn’t change much from the demos actually.  I kept anticipating that they would evolve as we incorporated the vocals but that didn’t happen very often because the arrangements seemed to work well as they were.
Which of the songs on the LP is most different from your original concept for the song? Did you write any for Isaiah that Simone ending up singing, or vice versa?
“Push and Shove” had the most drastic transformation from demo to final.  The demo was very guitar/bass oriented with a simple distorted 808 beat.  But as the rest of the songs on the album took shape, “Push and Shove” was sticking out stylistically.  So I sampled the drum beat and chopped it up and created more of a slow build with a synth bed and only a few bits of the original guitar tracks.  The song actually has quite a fair amount of guitars in it but they’re being effected in a way that pulses and sounds more like a synth arpeggios.
Isaiah and Simone each wrote their own lyrics so there wasn’t any swapping.  Interestingly, they only met officially after the album was complete because Isaiah was based in NYC at the time.
Have you begun playing these songs live and which songs have elicited the strongest reaction from your fans?
We haven’t had a chance to get a live set together unfortunately.  It’s logistically complicated because we all have our individual projects going but perhaps at some point down the road we’ll do some live dates.
(Visit Dive Index here: https://www.facebook.com/diveindex.)