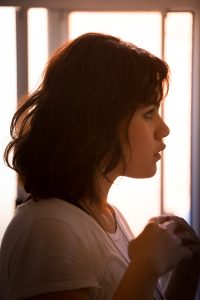 Tania Bowers, better known as Via Tania, has always been energized by the talent of other artists on her records. For her new album, Via Tania and the Tomorrow Music Orchestra, out on Narooma Records in February 2015, Tania recorded in both Chicago and Sydney, where she is currently based, with a collection of orchestral musicians known as the Tomorrow Music Orchestra.
The album mixes pop songs with chamber orchestra, allowing for many aural colors and soundscapes, exhilarating and unique. From the smoky slowburn of “I See You Tiger,” to the delicate pop mischief of “In the Air,” to the almost retro-Disney confection of “Where Would We Be,” the album is marked by a sophisticated yet vulnerable approach, led by the disarming and beautiful vocal stylizations of the lead singer.
Ghettoblaster recently caught up with Bowers to discuss the record and this is what she had to say about it.
When did you begin writing the material for your most recent album?
2005.
What was the most difficult song to take from the initial writing stage through recording and mixing? Why was it so troublesome?
“Wooden Guitar.” It’s a BIG song and we had played it together as a band for quite some time , I was happy to hand it over to Matthew to interpret but I found mixing it quite challenging.
Which of the songs on the record is most different from your original concept for the song?
“Some Other Way.” We did it while recording the vocals so it’s the only song without the orchestra, just to take it in a bit of a  different direction stylistically.  It was fun, but had no idea it would turn out like that.
Did you have any guest musicians play or sing on the record?
Everyone was a guest!  That’s the beauty of being a solo artist, you can invite who you want in.
Who produced the record? What input did that person have that changed the face of the record?
There were quite a lot of people with input, I’ve always found it hard to differentiate between engineers/producers/musicians. Why someone else’s opinion is more highly regarded doesn’t sit well with me so I feel like everyone making decisions is producing it. Of course Matthew Golombisky was on the music side 100 percent and Charles Rumback along with the engineers and mixers, were making plenty of decisions while over here myself and Tim Whitten working on vocals were producing and Casey Rice mixing. Total collaboration across the board.
Is there an overarching concept behind your new album that ties the record together?
Probably nature and the elements . Moonbows, floods, oceans, tornados.
Have you begun playing these songs live and which songs have elicited the strongest reaction from your fans?
I have no plans to play these live. I really just wanted to make a record with the Tomorrow Music Orchestra without a plan attached.
(Visit Via Tania here: http://www.viatania.com/.)