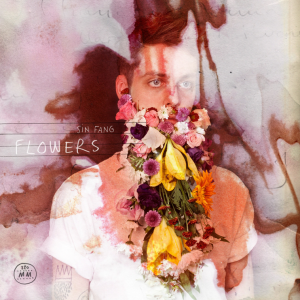 Icelandic collective Seabear‘s founder and mastermind Sindri Már Sigfússon, will release his third album under the solo guise Sin Fang at Conan O’Brien‘s website TeamCoco. Recorded and produced by Alex Somers (Sígur Rós, Jónsi), Flowers is out on Morr Music.
Following his Half Dreams EP last year, Flowers is an album that opens with a lot of collective chanting, a sense of deep rootedness, togetherness, unity, and shared experience. Sin Fang reflects on the exaggerated feelings and dramatic thoughts that most teenagers go through at the time, and the album touches on the constant ups and downs of love and rejection.
Ghettoblaster caught up with Sindri Már Sigfússon to discuss Flowers.  This is what Sindri said about it…
When did you begin writing the material for your most recent album?
I think the oldest songs are about two years old.

What was the most difficult song to take from the initial writing stage through recording and mixing?  Why was it so troublesome?
Probably “What’s Wrong With Your Eyes.” It only started out as a piano riff and nothing else. So we had  to build it from scratch in the studio. I’m very happy with the way it turned out though.

Which of the songs on the record is most different from your original concept for the song?
“Young Boys” was originally only a part of another song I had written. We took out the chorus and wrote a new verse and bridge for it. When I gave my batch of demos to Alex (the producer) that was the onlypart of the song he liked.

Did you have any guest musicians play or sing on the record?
Yes.  I had most of the guys who play live with me play on this record. I also had a great arranger called Eirikur Orri who did arrangements for brass and strings, which I thought added a lot to the songs.

Who produced the record?  What input did that person have that changed the face of the record?
Alex Somers produced it. He had lots of input in the song structure and was very involved in every way.
Is there an overarching concept behind your new album that ties the record together?
The lyrical concept is teenage years and young adulthood. I wouldn’t say the music had a certain theme other than we wanted to make some sort of mix of electronics, samples and pop music.

Have you begun playing these songs live and which songs have elicited the strongest reaction from your fans?
Yes we just started playing them live. “Sunbeam” seems to be a pretty good crowd pleaser.