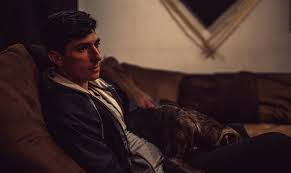 Brooklyn based young-gun producer, Rosegold will be dropped his debut LP Past Lives via Smokers Cough on February 18.  The record exemplifies the blissed out and down-tempo beatscapes that Rosegold is sure to become known for.
In addition to the album release Rosegold has a production credit on the new Neako (Wiz Khalifa affiliate) mixtape Sect that premiered via The Source recently.  Though only producing as Rosegold for a short time, this New Jersey native has been creating music since his early teens.  In fact while playing shows in the Garden state punk circuit as a teen he rubbed shoulders with future emcee/Smokers Cough honcho GDP (who used to drum in Fleshtemple).
Ghettoblaster caught up with Rosegold while in the midst of a tour with GDP this month to discuss the record.  This is what he told us.
When did you begin writing the material for Past Lives?
Past Lives is kind of symbolic in itself for a stage I kind of moved on from. Some of these are from about a year and a half ago, which is probably the oldest I’ve worked on any of the songs. “Limbo” was the newest, which I made like four months ago but the better chunk of this was probably all done over a year ago.

Which of the songs on the record is most different from your original concept for the song?
I don’t really create like that. I make songs when I have some kind of vibe or feeling a way about something, I’ll sit there for 10 minutes or 4 hours making it until I’m finished with it. Rarely will I go back and alter things so I have a different beat. To me that’s like someone writing a love song one day and going back to it a few days later and it can end up being a song about cheeseburgers by the end of it.
You’ve did some production on the Neako record?  Did you do your own production here?  Who engineered, mixed, mastered the record?  What did they add that changed the face of the record.
I produced it, I mixed, mastered and recorded it. I don’t really like anyone else recording or mixing off my music. Neako’s the homie, he kills songs in a day so we never need someone else to aid because me and him can kill things like that.
Is there an overarching concept behind Past Lives that ties the record together?
The whole thing is that it’s from a time of the past for me, when I was just trying to put my life together spending my nights in my parents basement making weird music that i didn’t know if anyone would like, I still don’t, but the difference now is the commitment. It’s cool for me to be able put those songs together and maybe someone can kind of conceptualize it, because the song progression in that is kind of showing me maturing in my music a little.
Have you begun playing these songs live and which songs have elicited the strongest reaction from your fans?
Me and GDP have been on tour and I play the whole album and a few others in my set. The way I make my set though is so no one knows what’s going on so by the end everyone’s just wondering what the fuck happened. Sometimes good, sometimes confused.
(Catch him at one of these dates:
2/28 Montclair, NJ @ The Meatlocker
3/1 Oneonta, NY @ Fine Arts 201
3/7 West Haven, CT @ Crunch House
FB event page for entire tour: https://www.facebook.com/events/819172754763305/
More info: http://smokerscough.net/)