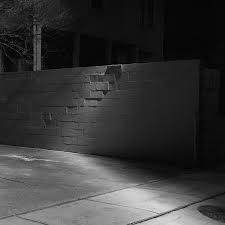 Early last year Preston Lovinggood released his debut solo work, Sun Songs. Produced by Taylor Hollingsworth (Dead Fingers, Conor Oberst and The Mystic Valley Band) it was a beautifully lo-fi presentation of Lovinggood’s songs. Unknown to most was the parallel musical plain five of those tracks had already been living in.
Enter Shadow Songs, Preston Lovinggood’s follow-up to last spring’s beautiful lo-fi gem is an even more impressive stunner.  The scope is a bit grander this time around and Shadow Songs does not disappoint.  To be released on February 25, this album is his best effort to date.
Ghettoblaster caught up with Lovinggood to discuss the record.  This is what he told us.
When did you begin writing the material for Shadow Songs?
I started writing the material for Shadow Songs at my friends art show in New York City in august 2010.
What was the most difficult song to take from the initial writing stage through recording and mixing?  Why was it so troublesome?
“Further.” I think there was so much persona emotion tied to the song that I fought Darrell Thorp pretty hard on how I wanted it to sound. Finally I gave up and realized his ideas were better.
Which of the songs on the record is most different from your original concept for the song?  Doesn’t have to be a Sun Songs track.
What’s funny is every song really came out just how i performed it to Darrell in the studio. He really has a way of taking what you give him and realizing it doesn’t need much more than just 1,000 layers!!!  Hahaha. But the layers really never changed the honesty of the song. ” Little Gods” and “Cage Dive” are the only songs that I had no idea what Darrell would end up doing with. and they both ended up great.
Did you have any guest musicians play or sing on the record?
Jebin Bruni was brought on from day one (A Mann, Micheale Mann, Fiona Apple) played keys and synthsizer for almost every song. It was really cool having him on board. keyboard plays
a major part in shadow songs. towards the end of the record Darrell also brought on Brian Lebarton (Beck, Feist) to finish up a few songs and it was great having him on keyboard and synth as well. Another great thing about the record is one of my favorite moments,” Pat Conroy Beach Music”, which is an instrumental spoken word interlude piece, was that the actress Abbey Miller stopped by the studio in Burbank and I got to get my first taste of directing. It was supposed to be like she was leaving a voice mail.  I kept giving her little hints of what I wanted it to feel like, and as she was giving it a go she started crying!!!  It was one of my favorite moments of recording shadow songs.  I had also met Todd Fink from the band The Faint.  He did a little spoken word piece as well. Couldnt have been more proud to have him as a presence on the album! really a dream come true!
Sanders Bolhke sang on the track “Sun Songs” which was important for me. Kate Hollingsworth from the band Dead Fingers sang on “Shipwrecked” and “Overactor”. She has sang on every record I have ever put out. So it was super special to have her around and apart!
Who produced the record?  What input did that person have that changed the face of the record?
Darrell Thorp produced Shadow Songs.  He was like a wing man who painted the whole time.
I just brought the songs. He helped me finish arranging them. helped me know what was a chorus or a bridge or a verse and painted the whole project really honestly and beautifully.
Is there an overarching concept behind the music that ties the songs together?
Sure. I would say loss of innocence turned into greed hate. Loss of relationship. Divorced. Cut off from the whole.
Were you planning to do Shadow Songs all along?  Even when you were recording Sun Songs?
When I was recording Sun Songs I really thought Shadow Songs was never going to come out. In fact, it was not even called Shadow Songs. It did not have a title yet!
Have you begun playing these songs live and which songs have elicited the strongest reaction from your fans?
Yes. But you know, I find when that when I’m in a good mood, the songs seem to come across all in the same way, And they all feel like one song and people respond to the whole show. But, I would say
“Shipwrecked”, “Natural”, “Terminator”, “Overactor”, have all seemed to have a reaction with people that know what I’m trying to throw down!!!
(Visit Lovinggood here: https://www.facebook.com/prestonlovinggood?ref=br_tf.)