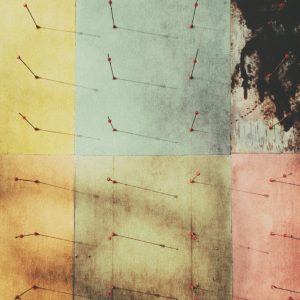 When You Have Arrived

Campfire OK recently got off the road with Anberlin and is gearing up for the next tour run to support the release of the album. In the past year Campfire OK has performed at The Bumbershot Music Festival, Capitol Hill Block Party and Doe Bay sharing stages with The Head & The Heart and The Poises. They have also been featured on NPR: Song of The Day, Seattle’s KEXP with astonishing acknowledgment from Seattle Weekly, Flavorpill, Amplifier Magazine and more.Ghettoblaster recently caught up with Cohen to discuss the record.  This is what he said about it.
When did you begin writing the material for your most recent album?
The songs on this record started trickling in about two and a half years ago. Ha, it feels crazy to say that. Such a long, long process.

What was the most difficult song to take from the initial writing stage through recording and mixing?  Why was it so troublesome?
The hardest song to take through that process was either “When You Have Arrived”, or “Smoke Out Your Eyes”. I spent probably a solid eight months writing “When You Have Arrived”. Everything about that song would just evade me. I kept over thinking the parts and the lyrics. Even mixing it was tough. Not sure why though. “Smoke” was hard because I wrote the song on an acoustic guitar, but then started playing it on piano. The song went through literally five different versions. When we were in the studio they all sounded like crap. We struggled with it for a long time. Finally our producer just told us to all pick up different instruments and play whatever we wanted to. No click track, and no idea what we were going to do. We kept the third take.
Which of the songs on the record is most different from your original concept for the song?
“Wishing You The Best”. That song was originally a hardcore song played on piano. I know that sounds silly, but it really was. It had a crazy blast beat and tons of messed up sounds in it.

Did you have any guest musicians play or sing on the record?
Not really, but maybe? Two of the people we tracked with are not in the band any more. So…

Who produced the record?  What input did that person have that changed the face of the record?
Our good friend Michael J. Squires produced the album with us. He had a pretty big role in the songs from the beginning. He and I would have long conversations about what songs should sound like, how simple they should be, what should be the focus of them, and what the lyrical structure should be like. He did not write any of the songs, but his ideas behind what a good song is definitely shaped the face of the record. He would sit down with me or us and just say what felt good as a listener, and what didn’t. He was really honest and open to hearing new things. Ultimately he listened to the songs as if he had just heard it on the radio.

Is there an overarching concept behind your new album that ties the record together?
Big question. I don’t know if I can answer that. I am pretty close to the songs, so it makes that question a little ominous. I think our listeners would have a better idea than I do.