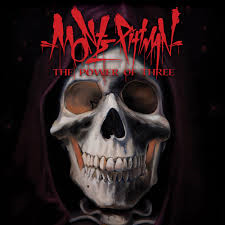 The Power Of Three

Born and raised in Longview, TX, Monte Pittman made the decision at 24 to move to Los Angeles to pursue a career as a professional musician, and unfortunately having to leave his family, friends, and band Myra Mains behind. Upon arrival in LA, he made ends meet by working at a local music store. Realizing he was better at teaching than selling, he left to start providing guitar lessons.  As fate would have it, his third student would end up being British filmmaker Guy Ritchie, who had just received a guitar from his then girlfriend, Madonna. Soon after, Monte was introduced to the iconic performer, and became her guitar teacher as well. A month later, Monte was invited to join Madonna on stage at the David Letterman Show to promote her album, Music.
Monte has since played guitar on all of Madonna’s live tours and albums, starting with the 2001 Drowned World Tour, and shares writing credits on some of her songs. Monte performed at the 2012 Super Bowl with Madonna and toured around the world on the MDNA Tour. Monte has also played guitar for the band Prong, which demonstrates his incredible diversity.
Most importantly, in 2013, Pittman, along with with band members Kane Ritchotte on drums and Max Whipple on bass, went to Copenhagen to record the upcoming album with producer Flemming Rasmussen, which marked Monte’s return to heavy music.
Ghettoblaster recently caught up with Pittman to discuss the LP, The Power of Three, which hits the streets via Metal Blade on January 21.  This is what he told us about it.
When did you begin writing the material for your most recent album?
It was soon after I finished mastering my last album, Pain, Love, & Destiny. I had some of the main riffs in “A Dark Horse” and “Delusions Of Grandeur” for some years now. Those are pretty much the only riffs that I had for while. They didn’t go with anything else I was doing but I always loved playing them. I put together a majority of these songs on a trip out in Death Valley one weekend on an acoustic that I had brought with me.
What was the most difficult song to take from the initial writing stage through recording and mixing?  Why was it so troublesome?
“All Is Fair In Love And War” is the longest so I guess that one. We recorded the album in the order that you hear it. There was a lot of room for improvisation on that one. None of them were more difficult than the other.
Which of the songs on the record is most different from your original concept for the song?
“Blood Hungry Thirst” maybe but those would be subtle changes. I had made demos for everything before we recorded so we all knew what we wanted to be doing but still leaving room for those spontaneous moments in the studio to happen.
Did you have any guest musicians play or sing on the record?
Yes! On “All Is Fair In Love And War”, Alex Skolnick does a guest guitar solo and Chris Barnes does a guest verse! Both of those guys on the same track.
Who produced the record?  What input did that person have that changed the face of the record?
Flemming Rasmussen did the album. He heard my demos for the new heavy songs I was writing. He knows how to bring out the best in your performance.
Is there an overarching concept behind your new album that ties the record together?
Not really. Some of the song subjects deal with some of the same subjects as Dark Side Of The Moon. Insanity (“Delusions Of Grandeur”), money (“On My Mind”), an eclipse (“Before The Mourning Son”), and time (“All Is Fair In Love And War”).
Have you begun playing these songs live and which songs have elicited the strongest reaction from your fans?
We just played a show at the Whisky-A-Go-Go and played “A Dark Horse” and “Before The Mourning Son”. It was also probably one of the last times that we do the previous material for quite a while. The new songs are what got the best response.
(Visit Pittman here: http://www.metalblade.com/montepittman/.)