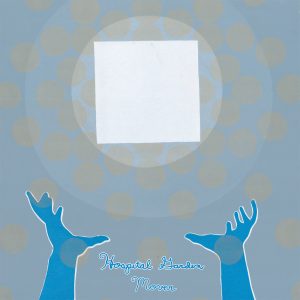 On May 21, one of the Midwest’s most formidable alt-rock bands releases their new third album, Mover.  Taking cues from REM, Pavement and Guided By Voices, Hospital Garden write big, noisy and catchy songs.  Is there anything better than a ballsy band playing big, noisy, catchy songs?
Ghettoblaster caught up with Lucas Hollow as the band prepared for their record release show at Quenchers in Chicago (May 18) and at Blind Bob’s in Dayton (May 26) at to discuss the record, which will be released by Forge Again Records.  This is what he said about it…
When did you begin writing the material for your most recent LP?
The writing for Mover began right after our second full-length, Haunter, came out, which was late in 2011. Technically, though, I don’t write specifically for an album. I find that the songs I write over the period of a year or so usually come nicely together for a release.
What was the most difficult song to take from the initial writing stage through recording and mixing?  Why was it so troublesome?

I honestly don’t feel like one song sticks out as a troublesome process. We practiced the songs a lot before recording them and our stuff is not particularly difficult. We had a great time making the album and are able to do so without a great deal of pressure, since, Erik, our drummer, has a studio.
Which of the songs on the record is most different from your original concept for the song?
The lead-off track, “Half of It,” was brought to the table in a bare bones fashion. Erik’s displacing beat was purely his invention and added a lot to the song, while Sarah’s backing vocals on the chorus really drove the hook home. The ultra-noisy guitars made the song heavier than I anticipated, along with the little lick I added to the second chorus. It’s surprising how it turned out, but I think we are pretty happy with it.
Did you have any guest musicians play or sing on the record?
For the last song on the album, “Untitled III,” two friends from the Chicago band The Paver, Brendan Finucane and Billie Howard, helped out on strings. They wrote their own parts, which flow nicely throughout the song, but also added some horror movie-like sounds to the end, making it eerie and noisy.
Who produced the record?  What input did that person have that changed the face of the record?
Our own drummer, Erik Rasmussen, recorded, produced, mixed, and mastered the album at his studio Observatory here in Chicago. He does amazing shit and makes bands sound great. Erik has great ideas about vocal harmonies, other arrangements, and helps keep us in check when it comes to notes being on key and what not.
Is there an overarching concept behind your new album that ties the record together?
Musically, I’d say the record is big, noisy, and catchy, and that the songs flow nicely into each other. As a whole, I’d say that the song writing is more compact. They are big, heavy pop tunes that are tighter than our previous releases. Lyrically speaking, it’s harder to say. To put it vaguely, our lyrics aren’t extremely cheerful, but don’t stray into whining or cliche. For this album, I’d say that the lyrics present uneasiness and instability that all people feel at some point.
Have you begun playing these songs live and which songs have elicited the strongest reaction from your fans?
We have been playing some of these songs for as long as a year, and others for only a few months. “Super Empty” elicits a good crowd response, possibly because of a repeating, squealing guitar riff, or perhaps because of a key change at the end. Fortunately, we’ve received kind words about a lot of these new songs, though.
(The album is available here: http://forgeagainrecords.bandcamp.com/ . Vinyl is limited to 100 copies and they are on blue marble.)