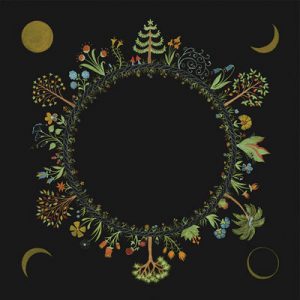 Laura Stevenson was born and raised on Long Island with music in her blood; her grandfather Harry Simeone a successful composer (“Little Drummer Boy,” “Do You Hear What I Hear?”) and her grandmother Margaret McCravy (stage name McCrae) a singer for bandleader Benny Goodman. On her newest full-length album, Wheel, she pours geography and heritage into the record, tackling family dynamics of dependence and support, and the feelings of isolation and insignificance that she has experienced while growing up surrounded by a vast body of water on a planet surrounded by an endlessly expanding universe.
The album is also about coming to terms with these relationships and feelings, as well as her own and other’s mortality. Many of the lyrics on the album explore these themes before coming back to an understanding and acceptance of our place in the world, the short time we will spend here, and the people we end up sharing it with.
Wheel hits the streets on April 23 via Don Giovanni Records and features strings by Grammy award winning violinist Rob Moose (Bon Iver, Antony And The Johnsons), brass accompaniment from Kelly Pratt (Beirut, Arcade Fire, David Byrne and St. Vincent), and was produced and mixed by Kevin McMahon (Swans, Titus Andronicus, Frightened Rabbit, Real Estate).
We caught up with Stevenson prior to a run of east coast and southern states while in route to SXSW, and just a few days after she released a three song 7” EP for the album’s first single “Runner.”  This is what she had to say about Wheel…
When did you begin writing the material for your most recent album?
The songs that started making it onto that record, I had begun writing right after our last one, Sit Resist came out in April of 2011.  They came slowly at first but then that summer, I was living in Crown Heights, Brooklyn and kind of sequestered myself in this studio apartment and wrote like a crazy person.  For Wheel, we went into the studio with 13 songs ready to go, but while we were on a short hiatus from recording, I wrote two others, “The Wheel” and “The Move,” which made it onto the record, and we bumped two of the original 13 to a 7″ that we released on February 8.

What was the most difficult song to take from the initial writing stage through recording and mixing?  Why was it so troublesome?
I’d say “Telluride” was pretty hard, even though it’s kind of like, an “all-chorus whole song” kind of song.  We had done a demo of that one and it was awesome, it sounded super heavy, like a Crazy Horse song and we were psyched but then when we went in to record it, we had been listening to that demo so much that everything we did was not good enough.  It didn’t match it and we couldn’t figure out why.  So, that took a long time.  I ended up changing all the lyrics and the pushing the melody up an octave in places, because it just needed new life breathed into it.
Which of the songs on the record is most different from your original concept for the song?
“Bells and Whistles” is totally different.  It started out as a folk song (as all our songs do, pretty much) but it was like, this super-fast picky Dolly Parton guitar part.  All the starts and stops are the same, but we kind of went crazy with the noise parts in the studio, it just became this weirdo rock and roll song.  I love it, but I’m glad there are a couple Youtube videos of me playing it the original way, live at shows before we all worked on it at practice together.  I’m sure you can find it somewhere if you dig deep.
Did you have any guest musicians play or sing on the record?
Yes, we had super incredible guests.  Rob Moose (Bon Iver) played violin and viola, Kelly Pratt (Beirut) played all the horns, and Michelle Young played cello.  She’s played on most of our recordings that have strings and she is amazing.

Who produced the record?  What input did that person have that changed the face of the record?
Kevin McMahon (Swans, Titus Andronicus) produced the record.  We came in with the arrangements set pretty much so his biggest influences were in the sounds we used and he did a lot of incredible editing when he was mixing.  It definitely sounds a lot bigger than I had ever hoped for and there are some really beautiful, atmospheric moments that I’m still trying to figure out how he did it.

Is there an overarching concept behind your new album that ties the record together?
It’s not  a concept album, I’m too all-over-the-place for that, but there are themes that repeat and weave themselves in and out of the songs, I guess it’s because I obsess about something so it works itself into every story.  It’s mostly coming to terms with my own life and death and trying to protect the people I love from the inevitable.  I like the juxtaposition of dark themes with happy sounding songs, we’ve done that on our other records, but it’s getting a little more intense now I think, like our song “Sink, Swim” is about the world ending terribly and painfully but it has a calypso beat and super enthused vocals.  You have to listen to the words, they’re like, “You’re going to die right now and it is going to be terrible!” unless you just want to have a dance party, then just have a good time.

Have you begun playing these songs live and which songs have elicited the strongest reaction from your fans?
We’ve been playing “Runner” for a while now, people really like it, which is awesome, that’s why we made it the single.  We played “L-DOPA” live for the first time last night and people had a really intense reaction.  That song is super powerful, but it’s also really long, so I was worried it would get sleepy and people wouldn’t be reeled in by it if they couldn’t decipher exactly what I was saying, but the crowd held onto every note, it was really amazing, and at the end, Peter made this loop with his guitar that sounds just like Rob’s echo-y violins from the recording.  It was beautiful.
(Catch Laura and her band at one of the following dates:
MARCH
09 – Silver Spring, MD – The Fillmore
10 – Cincinnati, OH – Southgate House
13-16 – SXSW 2013
17 – Hot Springs, AR – Low Key Arts
18 – Decatur, AL – Excalibur
19 – St. Louis, MO – The Firebird
20 – Columbus, OH – Rumba Café
21 – Rochester, NY – The Bug Jar)