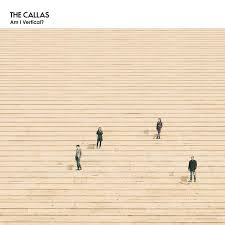 The Callas is a noisepop band/art collective formed by the artists Lakis and Aris Ionas who have playfully mixed different disciplines including music, art, performance and film to create their unique presence on the music/art landscape.  Truth be told, the band The Callas is the tip of an artistic enterprise that has seen the brothers invited to exhibit their artwork and perform live at Palais de Tokyo (Paris, France), Family Business gallery (NY, USA), Dakis Joannou DESTE foundation, Faggionato Fine Art (London, UK), Athens Biennial, AMP gallery, Yinka Shonibare Space(London, UK), The Breeder gallery, ATOPOS cvc etc.
Earlier this week, The Callas introduced the world to their new LP, Am I Vertical?.  This is what Lakis and Aris Ionas said about it.
When did you begin writing the material for your most recent album?
The album contains ideas that have been around our heads years ago…and ideas we had just before getting in the studio
What was the most difficult song to take from the initial writing stage through recording and mixing?  Why was it so troublesome?
Probably “That’s You” was the most difficult track in terms of recording. The main riff sounds simple…but it’s not that simple!
Which of the songs on the record is most different from your original concept for the song?
I think that all the songs kept their main character and Jim Sclavunos boosted them to reach their most interesting parts.
Did you have any guest musicians play or sing on the record?
Yes, we had some of The Callasettes doing backing vocals. But it was Jim Sclavunos’ contribution with his drumming parts and also with his collaboration on many of the lyrics that helped the most. 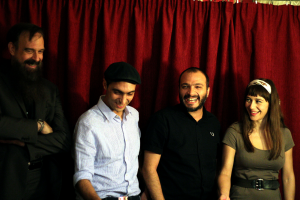 Sclavunos and The Callas 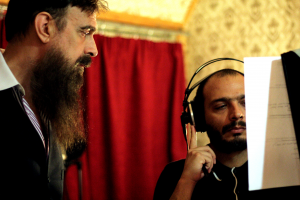 Who produced the record?  What input did that person have that changed the face of the record?
Again, Jim Sclavunos. He was so demanding, cool, well organised, spontaneous. It was really interesting that he was so strict and open at the same time and that he is a person with a really wide cultural background so it was a really pleasure discussing with him about everything. We believe he achieved to get the most intriguing/interesting parts out of our stuff and pushed them further away.
Is there an overarching concept behind your new album that ties the record together?
It’s a minimal, pop, noisy, raw album.
Have you begun playing these songs live and which songs have elicited the strongest reaction from your fans?
We just started playing them live and with a new line up. Marilena and Chrysanthi joined the band. The reactions so far are better than we could ever imagine
(Visit The Callas here:
The Callas Website
The Callas Facebook)